Kieron Pollard said Hardik Pandya has come a long way and conservative people always have negative things to say about guys like him. 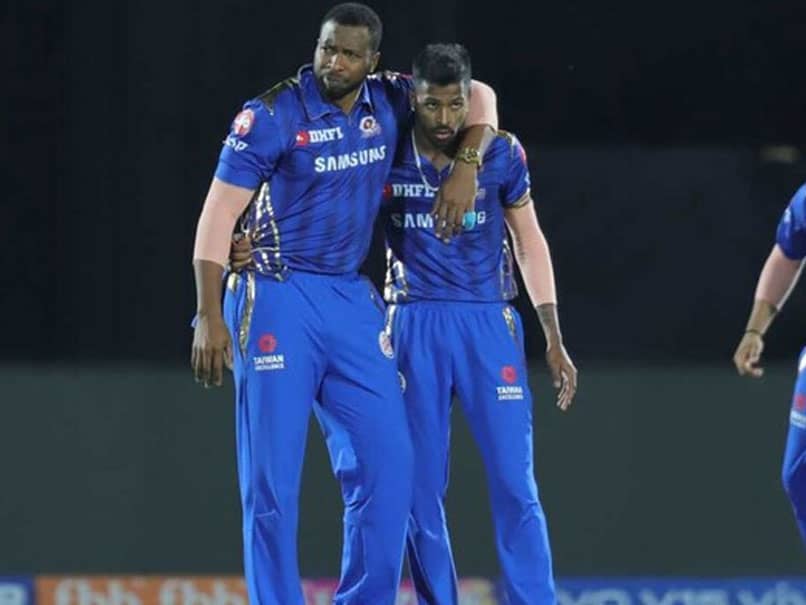 Hardik Pandya, who returned to India's T20 International team with eyes on next year's T20 World Cup, received high praise from West Indies star all-rounder Kieron Pollard on Saturday. The two fast bowling all-rounders have shared the dressing room while representing Mumbai Indians in the Indian Premier League (IPL). The 32-year-old West Indies cricketer said Hardik Pandya has come a long way and conservative people always have negative things to say about guys like him. "I have seen him from when he started at Mumbai and I am not surprised. He has turned into an Indian superstar," Kieron Pollard told IANS.

"The way he carries himself and the manner in which Hardik plays, emulates how he is off the field and sometimes when you see guys like that, we as individuals who are very conservative tend to always have negative things to say," he added.

"But, you know, when you are a confident person off the field and you can take that on to the field and perform, I think that shows great mettle in the human itself," Pollard said.

On Thursday, Hardik made a comeback to India's T20I squad as the Board of Control For Cricket in India (BCCI) announced the team for a three-match T20I series against South Africa.

The younger of the Pandya brothers, Hardik, returned to the team after being rested to treat his minor niggles as part of the workload management programme.

He will join Krunal Pandya, who clinched the Man Of The Series award for an impressive show in India's 3-0 clean sweep against the West Indies.

Pandya's fledgling career hit an all-time low when he and KL Rahul were suspended and sent back from the Australia tour in January over their comments on a TV chat show.

Talking about Hardik's talk show saga, Pollard said: "He has gone through a lot in his little time, but he can only get better from here. He puts in a lot of hard work. I am not overly surprised at what he is doing at this point of time."

Kieron Pollard
Get the latest updates on India vs Australia Series, check out the India vs Australia Schedule for 2020-21 and Ind vs Aus live score . Like us on Facebook or follow us on Twitter for more sports updates. You can also download the NDTV Cricket app for Android or iOS.