Jasprit Bumrah was in the thick of things as India crushed the West Indies by a massive 318 runs in the first Test at Antigua. 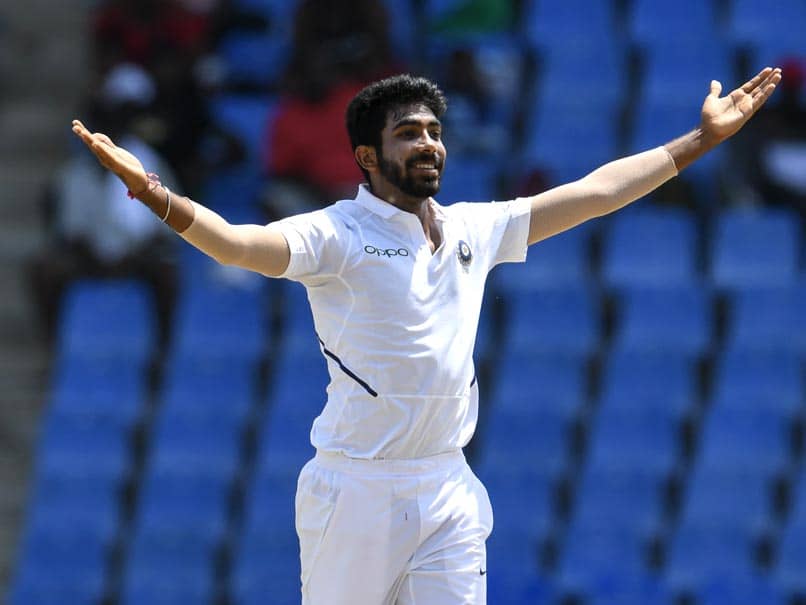 Four of Jasprit Bumrah's victims were bowled in an irresistible spell of fast bowling.© AFP

Jasprit Bumrah led a devastating fast bowling assault in routing the West Indies for 100 to earn India a comprehensive 318-run win in the first Test at the Sir Vivian Richards Stadium in Antigua on Sunday. Bumrah's situational awareness is unmatched and that is why he produced one of the "best spells of fast bowling" by an Indian, feels bowling coach Bharat Arun. "Bumrah is a thinking bowler. He is aware of situations and adjusts himself beautifully. If you see the lengths that he bowled in the second innings, he pitched the ball up and was getting appreciable movements," Arun said.

"That's the best spell of fast bowling I have seen from an Indian in a long, long time," he added.

Four of his victims were bowled in an irresistible spell in which he displayed a previously unseen ability by him to swing the ball both ways.

Set an improbable target of 419 after Virat Kohli declared the tourists' second innings at 343 for seven in mid-afternoon, the hosts were demolished in 26.5 overs for their lowest Test innings total ever against India with Bumrah returning the outstanding figures of 5/7 off eight overs.

"I've been working a lot on this aspect of my game and I am really happy to see how it worked out today," he said.

"I was a bit stiff in the first innings but it all came out well today. I just have to keep on learning my craft."

With 60 World Test Championship points in the bag, India will be seeking to double that tally and sweep the brief series when the second Test begins in Jamaica on Friday.

Jasprit Bumrah
Get the latest updates on India vs Australia Series, check out the India vs Australia Schedule for 2020-21 and Ind vs Aus live score . Like us on Facebook or follow us on Twitter for more sports updates. You can also download the NDTV Cricket app for Android or iOS.