Keemo Paul became available for selection after recovering from an ankle injury which forced him to sit out of the series opener in Antigua. 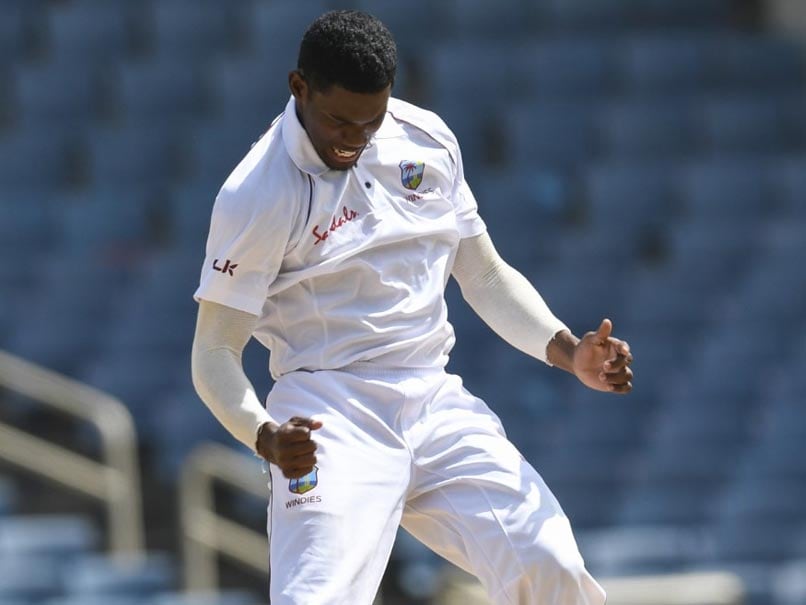 Keemo Paul missed the series opener in Antigua due to an ankle injury.© AFP

The West Indies Cricket Board has included all-rounder Keemo Paulin place of fast bowler Miguel Cummins in the 13-member squad for the second Test against India, beginning on Friday at Sabina Park, Jamaica. The decision was taken after Keemo Paul became available for the selection after recovering from an ankle injury which forced him to sit out of the series opener in Antigua. Also, Cummins' poor show in the first Test, where he failed to pick up any wickets in both the innings, strengthened Paul's case.

Meanwhile, Shane Dowrich has returned to Barbados to continue his rehabilitation after being ruled out of the series with ankle injury.

The Indian team led by Virat Kohli dominated the first Test with bat and ball. They started their World Test Championship campaign with a thumping 318-run victory over the West Indies.

This win earned India their first point in the newly minted competition. With 60 points, India are sitting on top of the points table.

This match is important for the West Indies not only because the series is on the line but also because they of the fact that they are yet to win a game in the ongoing tour and the second Test is their only chance left.

At Kingston, West Indies will have the chance not only to win the second Test to draw the series, but also the opportunity to claim 60 points for a win or to claim their first points in the World Test Championship.

West Indies Cricket Team Keemo Paul Miguel Cummins Sabina Park, Kingston, Jamaica West Indies vs India 2019 Cricket West Indies vs India, 2nd Test
Get the latest updates on IPL Auction 2023 and check out  IPL 2023 and Live Cricket Score. Like us on Facebook or follow us on Twitter for more sports updates. You can also download the NDTV Cricket app for Android or iOS.