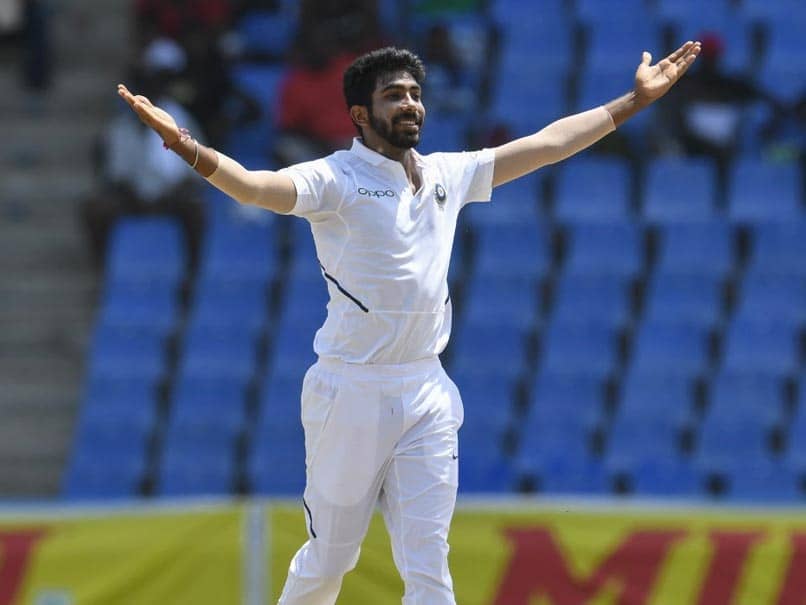 Jasprit Bumrah became just the third Indian to claim a hat-trick in Test cricket, leaving hosts West Indies in complete tatters at the end of Day 2 of the ongoing second Test at Sabina Park in Jamaica. Jasprit Bumrah took six wickets as the West Indies were reduced to 87 for seven, trailing India's first innings score (416) by 329 runs. Following Bumrah's heroics with the ball, former West Indies pacer Ian Bishop took to Twitter to praise the Indian fast bowler, saying that Bumrah "is a once in a lifetime talent".

Jasprit Bumrah is a once in a lifetime talent.

Bowling with sustained pace and moving the ball through the air and off the seam, the 25-year-old fast bowler continued his devastating form of the last day of the first Test in Antigua a week earlier, when he took five wickets for just seven runs, snaring six for 16 off 9.1 overs.

It was a phenomenal effort interrupted by cramp in his right leg which forced him to leave the field briefly.

However, all the real discomfort was felt by the home side's batsmen, and especially the trio of Darren Bravo, Shamarh Brooks and Roston Chase, who were dismissed off successive deliveries for Bumrah to join spinner Harbhajan Singh and left-arm pacer Irfan Pathan as the only Indians to take Test hat-tricks.

Bravo was caught at second slip and Brooks palpably leg-before.

However it required a television review from Indian captain Virat Kohli to confirm Chase's dismissal after on-field umpire Paul Reiffel had turned down the lbw appeal.

Bumrah had already dismissed John Campbell and then added the other opener, Kraigg Brathwaite, after the hat-trick accomplishment.

He also returned after treatment for cramp and with his very first delivery back into the attack removed West Indies captain Jason Holder, leaving debutants Jahmar Hamilton and Rahkeem Cornwall to survive to the close of play.

Any hope of Bumrah taking all ten wickets in the innings had ended when Mohammed Shami terminated the streaky innings of Shimron Hetmyer by bowling the left-hander for 34.

Jasprit Bumrah Ian Raphael Bishop West Indies vs India 2019 West Indies vs India, 2nd Test Cricket
Get the latest updates on IPL 2021, IPL Points Table , IPL Schedule 2021 , live score . Like us on Facebook or follow us on Twitter for more sports updates. You can also download the NDTV Cricket app for Android or iOS.