Ravichandran Ashwin's exclusion from the playing XI in the first Test against the West Indies did not go well with former India player Sunil Gavaskar. 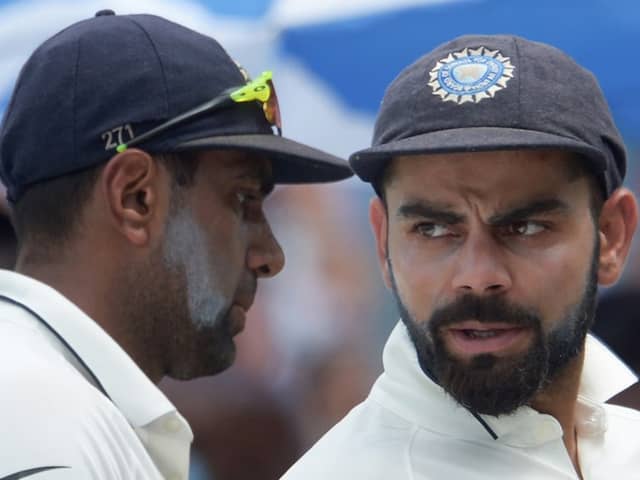 Ravichandran Ashwin was left out of the playing XI for the first Test against the West Indies.© AFP

Ravichandran Ashwin and Rohit Sharma failed to make India's playing XI in the first Test against the West Indies in Antigua on Thursday. Former India captain Sunil Gavaskar, who is a part of the commentary panel for the broadcaster of the series, was stunned at Virat Kohli's decision to leave Ashwin out. "[The selection] astonished me," Gavaskar said during the commentary. "A man with that kind of record, especially against the West Indies. He doesn't find a place in this playing XI. That is stunning. Astonishing."

In 11 Tests against the West Indies, Ashwin has taken 60 wickets at 21.85, and has scored four hundreds.

The ongoing Test is the 4th straight five-day game that Ashwin has missed. He was on the sidelines in three of the four Tests against Australia due to injury.

Ashwin, who is yet to play international cricket for India this year, also sat out in the first innings of the tour game with flu-like symptoms, but was available for the second innings and the ongoing Test.

In his last international match for India, Ashwin took three wickets each in Australia's two innings and also helped rescue India with the bat from 120 for 6 on the first morning of the series.

Ashwin, who is already out of the limited-overs scheme of things, has failed to finish India's last two tours due to his fitness.

Sunil Gavaskar West Indies vs India 2019 Cricket
Get the latest Cricket news, check out the India cricket schedule, Cricket live score . Like us on Facebook or follow us on Twitter for more sports updates. You can also download the NDTV Cricket app for Android or iOS.