Indian Wells: Sania Mirza Through To Quarters, Leander Paes Out

Sania Mirza and Barbora Strycova could next face the team of Martina Hingis and Chan Yung-jan in the Indian Wells women's doubles quarterfinals. 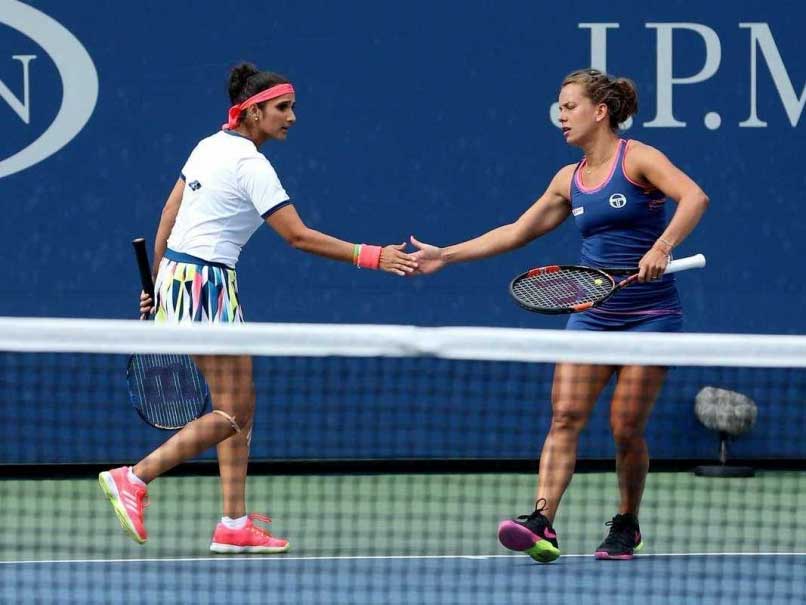 Sania Mirza and Barbora Strycova marched into the Indian Wells quarters with a comfortable win.© AFP

It was a mixed day for Indians at the ATP Indian Wells Masters as Sania Mirza and her Czech partner Barbora Strycova romped into the quarterfinals of the women's doubles event but Leander Paes failed to get past the opening round as he along with partner Juan Martin del Potro suffered a straight sets loss in the men's doubles event. Paes and Del Potro lost 3-6, 4-6 to Luxembourg's Gilles Muller and American Sam Querrey while Sania and Strycova recorded a straightforward 6-2, 6-3 win over Italy's Sara Errani and Alicja Rosolska of Poland.

On Saturday, Rohan Bopanna and his Uruguayan partner Pablo Cuevas had also lost their opening round match to the Serbian team of Novak Djokovic and Viktor Troicki.

However, the Indo-Czech pair had to work hard for their victory, managing to save five breakpoints in the match to keep their opponents at bay.

The Italian-Polish pair didn't have a good day in their service games, sending down three double faults besides being broken a total of four times in the match.

Meanwhile, one break in each set was all that separated the two teams and all that was needed for Muller and Querrey to register a comfortable win.

In stark contrast, Muller and Querrey had three break point opportunities and converted one of them in the second set to come out victorious in the match lasting a little over an hour.

With Paes' exit, India's challenge at the ATP Masters event came to a screeching halt.