China Open: Naomi Osaka said that she felt she had been "counted out" after hitting poor form following her Australian Open triumph in January. 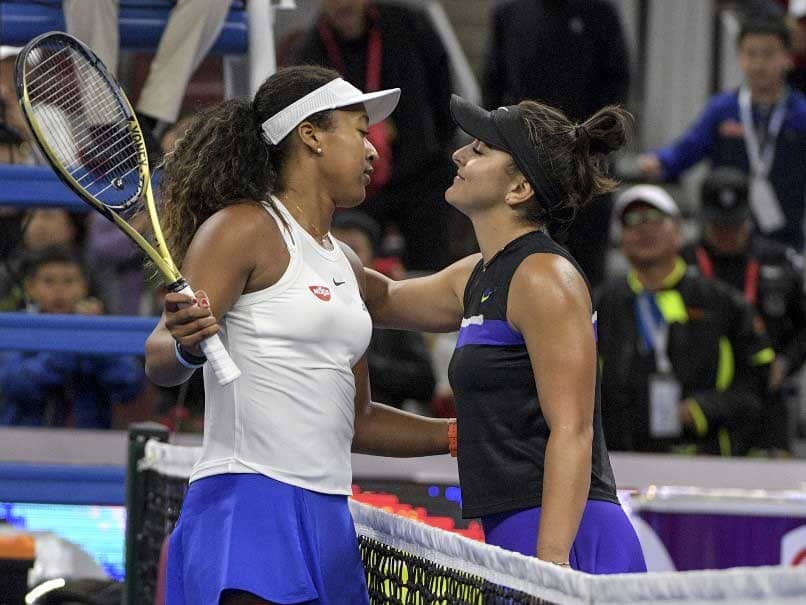 Naomi Osaka joked that she did not want to face Bianca Andreescu ever again after the Japanese was forced to fight from a set down to reach the China Open semi-finals on Friday. In a captivating first meeting between two of the brightest young talents in tennis, the 21-year-old Japanese squeezed through 5-7, 6-3, 6-4 in over two hours in the China Open quarterfinal showdown. Naomi Osaka plays title-holder Caroline Wozniacki on Saturday in the last four. The first instalment in what should be the start of a long rivalry did not disappoint as Osaka brought the teenage Canadian's run of 17 wins in a row to an end.

"Listen, I don't want to play her any more, I'm good, one-and-done," former number one Osaka joked of the prospect of more thrilling matches in future against the 19-year-old Andreescu.

Turning more serious, the two-time Grand Slam winner Osaka said that she felt she had been "counted out" after hitting poor form following her Australian Open triumph in January.

"I'm still here," Osaka, the world number four, said, adding that Andreescu's recent stunning success, including winning the US Open final against Serena Williams, had driven her on.

Andreescu, whose ascent has been so fast that she did not even play in Beijing a year ago, said she was relishing facing Osaka more in future.

The duo exchanged warm words at the net at the end.

The Canadian, ranked sixth in the world, revealed: "I said, 'Congrats, you played amazing.'

"I said, 'We're going to have so many more matches like this. I can't wait to see what the future holds.'"

In the other semi-final on Saturday, world number one Ashleigh Barty of Australia plays Kiki Bertens of the Netherlands.

Andy Murray said that his comeback from career-saving hip surgery was progressing better than expected despite going down fighting in the quarter-finals.

"It was great for me, I played three matches in four days, which is quite a lot.

"Actually I felt better than I expected today, as well," said the former number one, who had a major operation in January and only returned to singles tennis in August.

Asked by AFP if he was further ahead than he expected to be in his comeback, he replied: "Yeah, maybe.

"That's how I have to try to keep going to see where my limit is, I don't think I'm at that limit now."

The 26-year-old Austrian Thiem plays Karen Khachanov of Russia in the last four.

Third seed Stefanos Tsitsipas of Greece will play second seed Alexander Zverev in the other semi-final.

Germany's Zverev, at 22 a year older than Tsitsipas, has cruised into the last four, yet to drop a set all week.

Andy Murray Dominic Thiem Ashleigh Barty Tennis
Get the latest updates on IPL 2021, IPL Points Table , IPL Schedule 2021 , live score . Like us on Facebook or follow us on Twitter for more sports updates. You can also download the NDTV Cricket app for Android or iOS.