US Open: World No.1 Naomi Osaka Knocked Out In Round Of 16 After Losing To Belinda Bencic 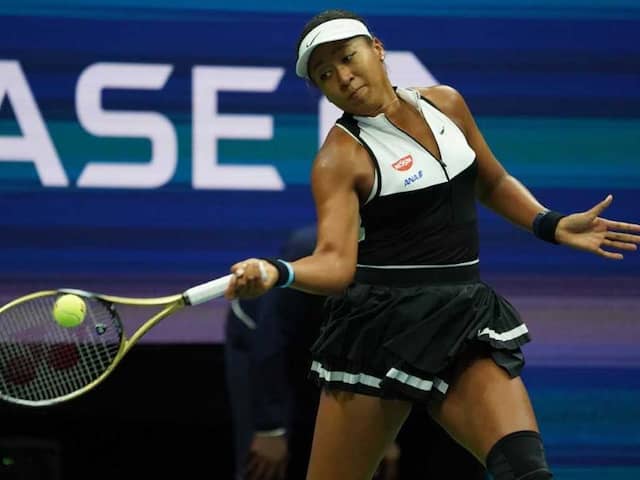 World No.1 Naomi Osaka lost to Belinda Bencic in the Round of 16.© AFP

Belinda Bencic stunned top-ranked defending champion Naomi Osaka to reach the US Open quarter-finals, where she will face Donna Vekic, who rallied from match point down on Monday to advance. Bencic's 7-5, 6-4 triumph, her WTA-best sixth over a top-five foe this year, ensured 21-year-old Japanese star Osaka will fall from the world number one spot next week. "The challenge cannot be bigger against Naomi," Bencic said. "I had to be at the top of my game and I'm really pleased how well I handled my nerves at the end." The 22-year-old Swiss 13th seed matched her deepest career Grand Slam run from the 2014 US Open with her third victory of the year over Osaka, having also won at Indian Wells and Madrid.

Australia's Ashleigh Barty, the reigning French Open champion who was beaten Sunday, will move into the world number one position next Monday.

"I don't even know how I won this match," Vekic said. "She was serving for the match. She had match point. I just kept fighting and believing I could win. It feels pretty amazing."

Bencic owns a 2-1 career edge over Vekic from two 2014 wins but Vekic won the most recent meeting with her friend and frequent practice partner in the third round of this year's French Open.

"It's going to be a tough match for sure," Vekic said. "She's one of the best players this year."

Osaka's exit means there will be four different women's Grand Slam winners in a season for the third consecutive year, a first in the Open era.

"It was just an unbelievable moment for tennis," Bencic said of Osaka helping Gauff cope with her sadness. "Coco's story is unbelievable but what Naomi did is what a true champion would do."

Osaka double faulted to surrender a break in the opening game of the match, but leveled at 2-2 when Bencic netted a backhand.

Bencic swatted a backhand down-the-line winner for a break to seize a 6-5 lead then held on a service winner to capture the first set.

Osaka double faulted away a break to hand Vekic a 3-2 lead and the Swiss never faced a break point in the second set, finishing off the victory with a forehand winner to end matters after 87 minutes.

"I was taking the serve early, trying to anticipate, because she has so much power," Bencic said. "I'm trying to play like chess and make it tactical on the court."

Goerges won the tie-breaker with consecutive forehand winners, then broke Vekic to open the second set and fired four consecutive aces for a 2-0 lead.

But the German was broken serving for the match, squandering a match point in the 10th game, and Vekic broke again when Goerges hit a forehand wide to force a third set.

"I was just trying to get a return in the court," Vekic said. "She was serving amazing. I was feeling confident in the rallies and I knew if I could get that return in I would have an advantage."

Comments
Topics mentioned in this article
Naomi Osaka Belinda Bencic Tennis
Get the latest Cricket news, check out the India cricket schedule, Cricket live score . Like us on Facebook or follow us on Twitter for more sports updates. You can also download the NDTV Cricket app for Android or iOS.