"Who Trynna Square Up?": US Open Champion Bianca Andreescu Wows Fans With Her Customised WWE Belt

Bianca Andreescu tweeted a picture of her posing with a customised WWE belt and wrote: "Thank you WWE for the gift! Who trynna square up?" 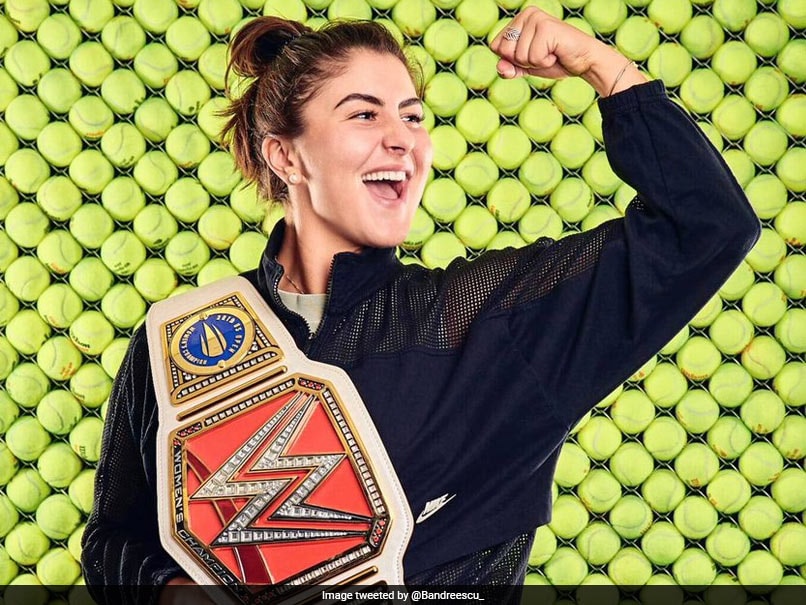 Bianca Andreescu was cooling her heels on the periphery of women's tennis just a year ago. Twelve months on and the 19-year-old was hoisting aloft the US Open trophy as Canada's first Grand Slam singles champion, and the youngest major winner since Svetlana Kuznetsova here in 2004. Following her victory over 23-time Grand Slam champion Serena Williams in the US Open final, the youngster made an appearance on 'The Tonight Show Starring Jimmy Fallon', received official hockey and basketball jerseys from prominent teams in Canada and now Bianca Andreescu has her own customised WWE belt.

On Friday, the Canadian teenager wowed fans by posing with her customised WWE belt and wrote: "Thank you WWE for the gift! Who trynna square up?"

To her post, WWE superstar Triple H responded: "Welcome to come to WWE anytime, but you may have a challenger for that title. Congratulations again!"

On September 8, the teenager became the first Canadian to win the US Open title after she defeated former world No.1 Serena Williams 6-3, 7-5 in the summit clash at the Arthur Ashe Stadium.

She stalled Serena Williams' bid for a record-tying 24th Grand Slam title with the victory, withstanding a rousing second-set recovery from the American to become the seventh first-time major champion in the past 11 events.

Bianca Andreescu, 200th in the world rankings a year ago, leapt into the top five, while Ashleigh Barty knocked Naomi Osaka off top spot.

Eliminated in the first qualifying round in New York a year ago, Andreescu rose 10 places to number five after beating Serena Williams in the final.

The 19-year-old Canadian is one place behind Osaka, whose defence of her US title ended in the quarterfinals.

(With AFP and IANS inputs)

Comments
Topics mentioned in this article
Bianca Andreescu Serena Williams Tennis
Get the latest updates on IPL 2021, check out the IPL 2021 Schedule and Indian Premier League Live Score . Like us on Facebook or follow us on Twitter for more sports updates. You can also download the NDTV Cricket app for Android or iOS.