India won the Colombo Test by an innings and 53 runs to win the series. 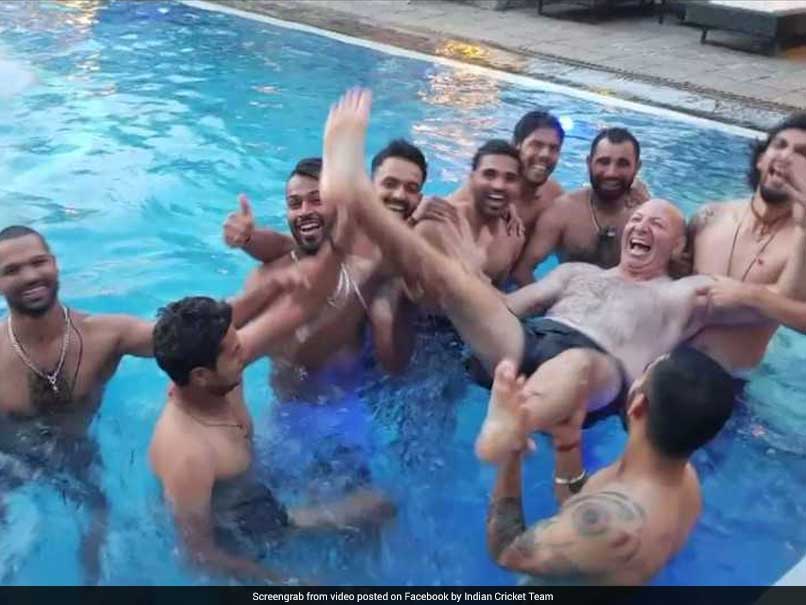 India won the Colombo Test by an innings and 53 runs.© Facebook

Captain Virat Kohli and his men were seen enjoying some down time after India took an unassailable 2-0 lead in the three-Test series with Sri Lanka. India rode on a superb bowling performance and finished the second Test with a day to spare, trouncing Sri Lanka by an innings and 53 runs. In a video posted by the Indian cricket team on its Facebook page, the team members were seen celebrating their victory in the pool in their team hotel.

"Pool splash: #TeamIndia cool it off by the pool... Virat Kohli & boys unwind after clinching the 2nd Test at Colombo," the video caption read.

The Indian bowlers completed the task in 116.5 overs to wrap up the game in the second session for a 2-0 lead in the three-match series.

Left-arm spinner Ravindra Jadeja did most of the damage on the day with figures of 5/152. Off-spinner Ravichandran Ashwin had figures of 2/132 while medium-pacer Hardik Pandya returned 2/31. Fast bowler Umesh Yadav took one wicket.

Jadeja received the man of the match award for his seven-wicket haul and an unbeaten 70-run knock in India's formidable first innings total of 622-9 declared.

India have now won back-to-back away Test series in the island nation having clinched the previous edition in 2015 2-1.

Save Bangladesh and Zimbabwe, India have not had a chance to register an all-win record in an away series in any country.

The quality, or the lack of it, of the Sri Lankan team will give Virat Kohli and his boys a chance to complete a clean sweep in Pallekele (Kandy), where the third Test starts on August 12.