India sealed off their series vs Sri Lanka with an all-win record. 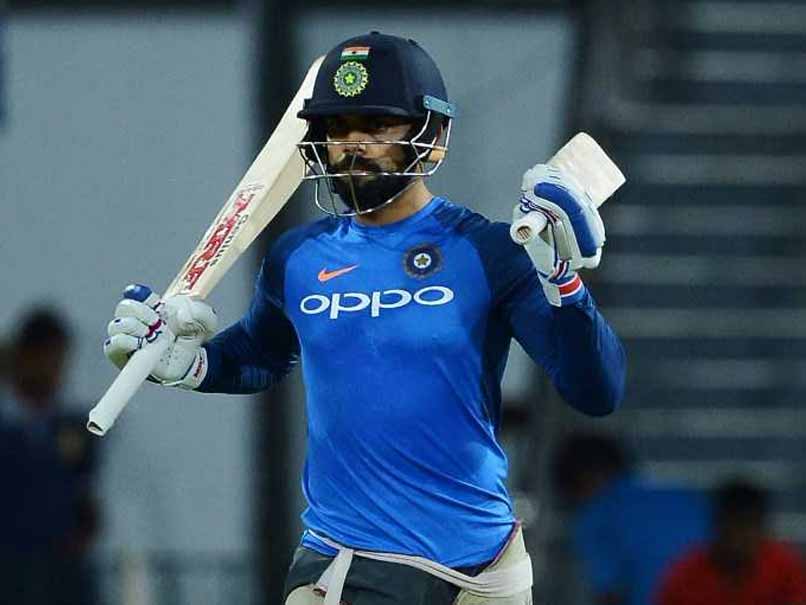 Skipper Virat Kohli played a brilliant knock of 82 off 54 balls as India won the lone T20I against Sri Lanka match comfortably by seven wickets on Wednesday. Manish Pandey (51*) hit the winning runs as India whitewashed Sri Lanka 9-0 across all formats in a single series. It was the first time that an Indian cricket team registered an all-win record in an overseas tour. Chasing a competitive total of 171, India lost KL Rahul and Rohit Sharma early but Kohli and Pandey had other ideas as they stitched together a 119-run partnership to take India over the line and script history.

During the run-chase, the India skipper became the highest run-scorer in T20 international cricketwhile chasing and surpassed Brendon McCullum of New Zealand who has scored 1006 runs.

Along with this, Kohlialso became the third highest run scorer in T20 internationals, just behind McCullum (2140 runs) and Tilakaratne Dilshan (1889 runs).

After the whitewash, Twitter was awash with congratulatory messages for the 28-year-old.

Wonderful support performance by @im_manishpandey. Realised it was Kohli's chase and kept finding himself at the non-striker's end.

Kohli's hunger & consistency is just astonishing.Even against a weak SL side,this has been one of d most dominating away series ever#INDvSL

Earlier, in the fifth ODI against the same opponent, Kohli brought up his 30th ODI century, equalling former Australian cricketer Ricky Ponting's feat of as many centuries.

Now the Indian skipper only has Sachin Tendulkar ahead of him who has 49 ODI centuries to his name.

India won the Test series 3-0, followed it up by sweeping the ODI series 5-0 and ended the tour on a winning note by beating the islanders in the lone T20I.