India vs Sri Lanka: MS Dhoni Special Described As 'Mother Of All Stumpings' By Fans

Mahendra Singh Dhoni has shown that his reflexes are razor-sharp as always. 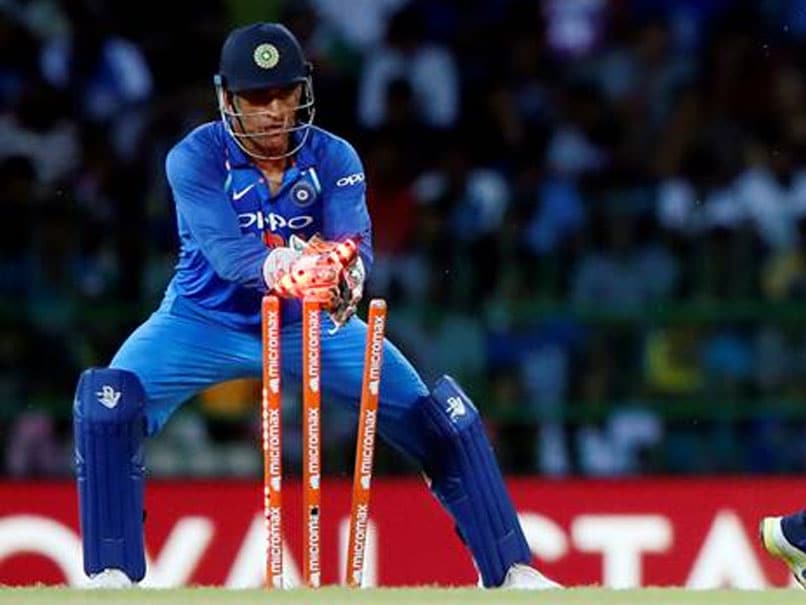 The recently concluded limited-overs cricket series against Sri Lanka helped Mahendra Singh Dhoni highlight his importance to the Indian side in the run up the 2019 World Cup. The former India captainproduced several moments for his fans to cherish in years to come. From playing to match-winning knocks to taking a nap on the field, Dhoni grabbed most headlines during the ODI and T20 series. The wicketkeeper-batsman also achieved three significant milestones during the five-match ODI series. Mahi became the first wicketkeeper to effect 100 stumping, played in his 300th 50-over match and set the record for most unbeaten ODI knocks.

In India's final outing on the tour, the one-off T20 International on Wednesday, the 36-year-old conjured up another magical moment that left cricket fans awestruck. Dhoni pulled off a trademark quick stumping to dismiss Angelo Mathews (7) off Yuzvendra Chahal in the seventh over.

Dhoni's devastating quickness meant the right-hander failed to make it back into the crease despite his best effort.

Indian cricket fans were more than happy using the words 'lightning quick' to describe yet another Dhoni stumping.

Even If Dhoni Delayed A Second Mathews Might Be Batting Now. That's The Kind Of Speed He Produces To Make Such Flashy Stumping. #SLvsIND #T pic.twitter.com/itre2KuplU

Dhoni pulls off a mother of all stumpings. ?? For a moment, it seemed like Mathews was clean bowled. The time he took was minuscule. ??

Skipper Virat Kohliscored a brilliant 82 off 54 balls as India won the lone T20I match comfortably by seven wickets. With four balls to spare Manish Pandey (51*) hit the winning runs as India whitewashed Sri Lanka 9-0 across all-formats in a single series.

Kohli was finally out caught at deep mid-wicket off Isuru Udana (1/36). Overall, he hit seven fours and a six. India were just 10 runs away from victory at that point.

Sponsored by Vuukle
Comments
Topics mentioned in this article
India Cricket Team Sri Lanka Cricket Team MS Dhoni Virat Kohli Sri Lanka vs India 2017 Cricket
Get the latest updates on IPL Auction 2023 and check out  IPL 2023 and Live Cricket Score. Like us on Facebook or follow us on Twitter for more sports updates. You can also download the NDTV Cricket app for Android or iOS.