The India skipper scored 82 off 54 balls in the only T20 international against Sri Lanka. 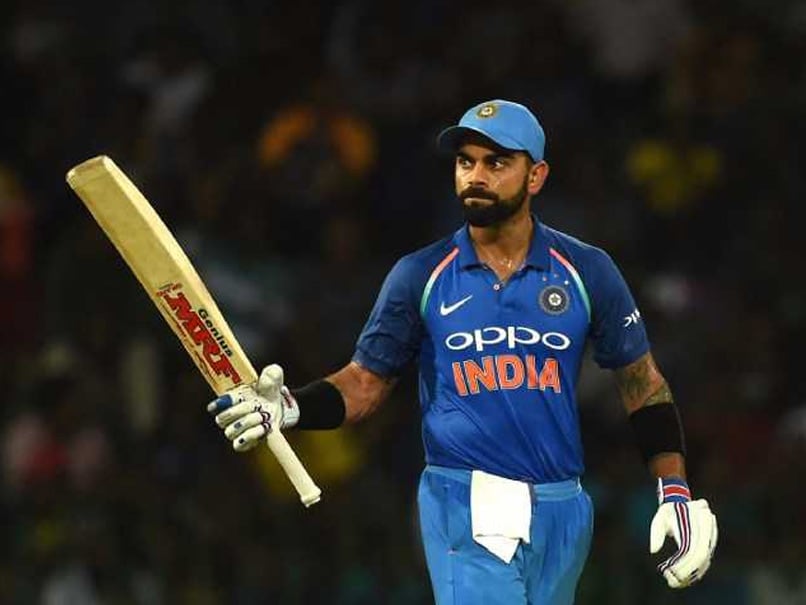 India skipper Virat Kohli added one more feather to his illustrious cap after becoming the highest run-scorer in T20 international cricket while chasing. Kohliachieved this feat during the one-off T20I against Sri Lanka played at R. Premadasa Stadium in Colombo. He went past Brendon McCullum of New Zealand who has scored 1006 runs during run chases. The 28-year-old was in his elements against the islanders in the lone T20 match as he took the Sri Lankan bowlers to the cleaners, scoring 82 off 54 balls that helped India beat Sri Lanka by 7 wickets.

Kohli hit seven boundaries and a six in his innings and almost found the gap at will, making batting look ridiculously easy. The Sri Lankan bowlers had no answer to his array of shots as India were always in control of the match, chasing a competitive total of 171 set by the hosts after being put into bat first.

Earlier, in the fifth ODI against the same opponent, Kohli brought up his 30th ODI century, equalling former Australian cricketer Ricky Ponting's feat of as many centuries.

Now the Indian skipper only has Sachin Tendulkar ahead of him who has 49 ODI centuries to his name.

India ended the tour of Sri Lanka in fine fashion and also became the first visiting team to a win 9-0 on tour.

India won the Test series 3-0, followed it up by sweeping the ODI series 5-0 and ended the tour on a winning note by beating the islanders in the lone T20I.

Comments
Topics mentioned in this article
India Cricket Team Sri Lanka Cricket Team Virat Kohli Ricky Ponting Sachin Tendulkar R.Premadasa Stadium, Colombo Sri Lanka vs India 2017 Cricket
Get the latest updates on IPL Auction 2023 and check out  IPL 2023 and Live Cricket Score. Like us on Facebook or follow us on Twitter for more sports updates. You can also download the NDTV Cricket app for Android or iOS.