There's no love lost between the Team India captain and the erstwhile coach. 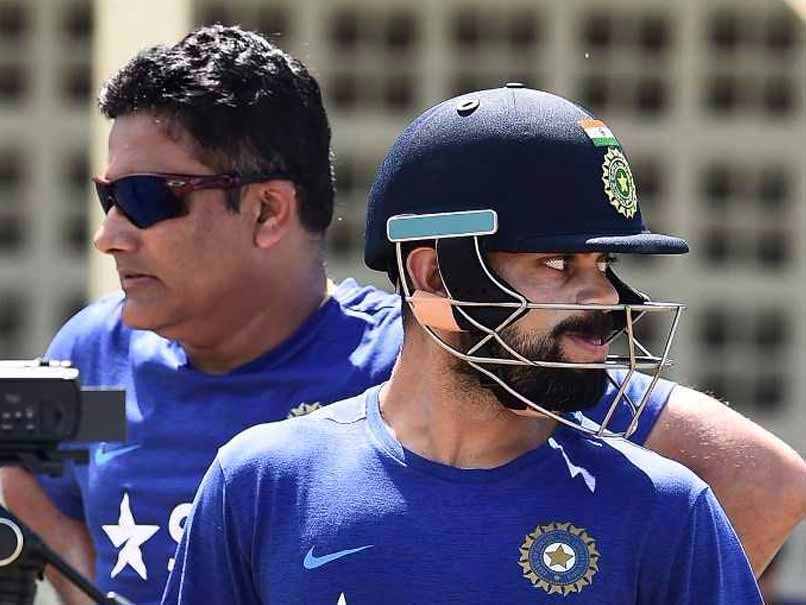 India captain Virat Kohli is one of the most successful cricketers of the current generation. On the occasion of Teachers Day, the Indian skipper took to Twitter and paid tributes to the people who played a vital role in his meteoric rise. "To all the teachers around the world and especially to the ones in the Cricket World. ???? #HappyTeachersDay," Kohli's tweet read.

To all the teachers around the world and especially to the ones in the Cricket World. ???? #HappyTeachersDay pic.twitter.com/pvtrBw5uyK

But that didn't go well with some of his fans and the Indian skipper was trolled on Twitter.

This came just after Kohli shared a picturewhere he is seen in front of a backdrop which had the names of several legendary cricketers. Kohli mentioned the names as inspirations for him.

But there was one name which was missing from the backdrop - Anil Kumble.

When fans noticed Kumble's name missing, they started trolling the Indian captain on missing out on the legendary leg-spinner and former coach.

No name of Sunil Gavaskar and Anil Kumble at backdrop.

no mention of Anil kumble behind :-P

Where us anil kumble ?? Too much ego
However a great fan of @imVkohli

I see ...you didn't learn anything from @anilkumble1074

Kumble had controversially quit two days after the Champions Trophy final loss to Pakistan in London in June, calling his partnership with Kohli 'untenable'.

Ravi Shastri, whom Kumble had replaced, was called back to the national team as the new head coach till the 2019 World Cup.

Kohli and the team did well under Kumble, winning Test series in the West Indies (2-0) before winning at home against New Zealand (3-0), England (4-0), Bangladesh (1-0) and Australia (2-1). They also won eight ODIs and lost five during the 46-year-old's tenure.

Comments
Topics mentioned in this article
India Cricket Team Sri Lanka Cricket Team Virat Kohli Anil Kumble Cricket
Get the latest updates on Fifa Worldcup 2022 and check out  Fifa World Cup Schedule, Stats and Live Cricket Score. Like us on Facebook or follow us on Twitter for more sports updates. You can also download the NDTV Cricket app for Android or iOS.