Aravinda de Silva was called Mad Max during his playing days for his aggressive batting. 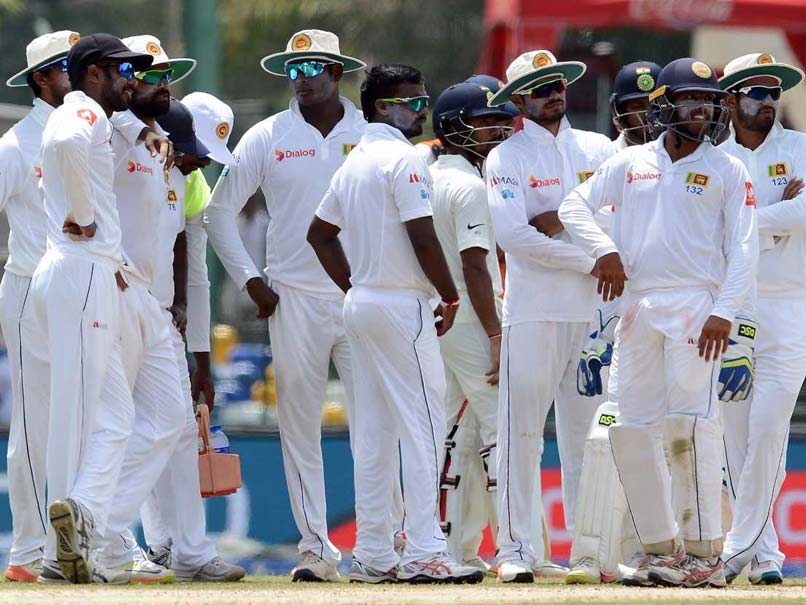 The injury-marred Sri Lanka lost by an innings and 53 runs in the second Test.© AFP

Sri Lanka are on the verge of a rare series whitewash and the islanders really need to push their game in the third Test starting August 12 at Pallekele against India to prevent it. The injury-marred Sri Lanka lost by an innings and 53 runs in last week's second Test after having lost the first by 304 runs at Galle. They had also suffered a defeat against bottom-ranked Zimbabwe in a home ODI series, besides making early exit from the Champions Trophy in June. Concerned about their players, the Sri Lankan cricket board conducted a motivational session for the national team on Monday led by former batsman Aravinda de Silva.

The former Sri Lanka batsman asked the players to stay away from social media and advised them not be demoralised by extraneous elements and get on with the game.

Young players should "not to be discouraged by extraneous elements that seek to demoralise them via social media and gossip sites", de Silva was quoted as saying by a Sri Lanka Cricket statement.

Fans ridiculed the Sri Lankan team after their recent performances with one post joking that Sri Lanka had in fact won the second Test because they had played two innings to India's one.

Government Minister Harsha de Silva also mocked at the team by posting a picture of himself with Indian skipper saying: "Told Virat Kohli #India Cricket to go easy on #SriLanka next Test. 600 a bit too steep."

Sri Lanka has been going through a difficult phase ever since the retirement of senior players, Kumar Sangakkara, Mahela Jayawardene and Tillekeratne Dilshan.

After Sri Lanka bowed out of the Champions Trophy, the players were accused of having "pot bellies" by the country's sports minister.

Former skipper Arjuna Ranatunga also had recently accused the team of spot-fixing during the finals against India in the 2011 World Cup.

Sri Lanka Cricket said that the players had met with top officials and coaches on Monday in an attempt to regroup after "facing what is perceived to be a slump in their performance and ranking."

The board also said it is doing its best to rectify "a series of administrative and strategic missteps over the past several years."

However, the team has got some support from chief selector Sanath Jayasuriya, who urged "everyone to stay focused and remain positive with the 2019 World Cup as their singular goal".

Comments
Topics mentioned in this article
India Cricket Team Sri Lanka Cricket Team Aravinda De Silva Sri Lanka vs India 2017 Cricket
Get the latest updates on India vs South Africa and check out  Schedule, Results and Live Score. Like us on Facebook or follow us on Twitter for more sports updates. You can also download the NDTV Cricket app for Android or iOS.