The Indian bowling contingent was in fine form against New Zealand as the visitors notched up their second T20I win of the series. 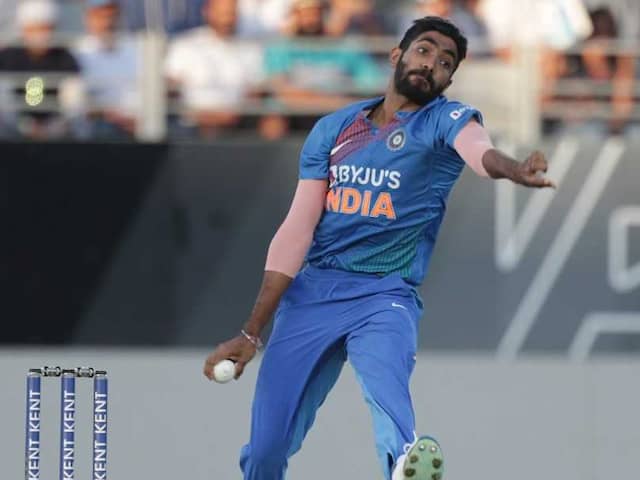 Jasprit Bumrah bowled brilliantly in the death overs in the 2nd T20I against New Zealand.© AFP

Indian bowlers restricted New Zealand to a modest total in the second Twenty20 International (T20I) and the batsmen chased it down quite comfortably to win the match by seven wickets on Sunday. Reacting to India's comprehensive win, former Pakistan fast bowler Shoaib Akhtar described their performance as "ruthless". He also heaped praise on Indian bowlers, especially the two pacers Jasprit Bumrah and Mohammed Shami. He commended them for bowling aggressive line and lengths which helped India restrict New Zealand to a below-par 132/5.

"Jasprit Bumrah and Mohammed Shami both bowled short-pitch deliveries and threatened the opposition batsmen with their well-directed bouncers. They both bowled with a great confidence which I never saw in them before," Akhtar said in his YouTube video.

"In addition to looking to pick wickets, they also looked to instill fear in opposition batsmen's minds," the world's fastest bowler added.

Apart from the fast bowlers, left arm-spinner Ravindra Jadeja was another stand-out performer for India. In fact, he was the most successful and economical Indian bowler in the match.

Praising Jadeja's contributions in the game, Akhtar said, "Ravindra Jadeja is someone who never lets you score runs easily as he deceives the batsmen with his variations and forces them to check their shots at the last moment".

The 44-year-old fast bowler also came down heavily on the New Zealand side who as per him didn't show enough resilience and surrendered in front of the "ruthless" Indian side.

"India is becoming a ruthless team as they once again proved it against New Zealand in the second T20I. What we are seeing in New Zealand is that the hosts have completely surrendered before India in the first couple of T20Is," he added.

Mohammed Shami Shoaib Akhtar New Zealand vs India, 2020 Cricket
Get the latest Cricket news, check out the India cricket schedule, Cricket live score . Like us on Facebook or follow us on Twitter for more sports updates. You can also download the NDTV Cricket app for Android or iOS.