New Zealand vs India: KL Rahul and Shreyas Iyer starred as India beat New Zealand by seven wickets in the second T20I in Auckland to go 2-0 up in the five-match series. 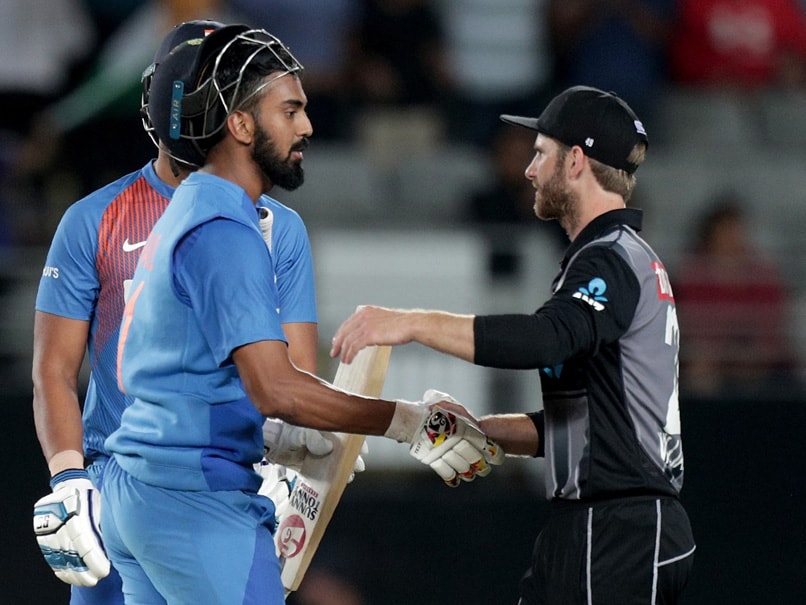 KL Rahul and Shreyas Iyer starred with the bat as India beat New Zealand by seven wickets in the second Twenty20 International (T20I) in Auckland to go 2-0 up in the five-match series on Sunday. Chasing a moderate total, India suffered two early blows as they lost Rohit Sharma and skipper Virat Kohli inside the powerplay. Tim Southee provided New Zealand with the breakthrough in the first over itself when he got Rohit Sharma caught in the slip. After Rohit's dismissal, Virat Kohliand KL Rahul -- heroes of the last game -- came together but couldn't weave the same magic as the Indian skipper got out after edging a wayward leg-stump delivery straight to the wicket-keeper after scoring 11 runs off 12 balls. At the time, the momentum was with the hosts as they had negated two of India's best batsmen by sending them back to the pavillion.

However, Rahul and Shreyas Iyer, half-centurions from the previous game, batted with great maturity to bail India out of a spot of bother and kept New Zealand bowlers at bay.

Both of the them batted in extreme contrast to their swashbuckling knocks in the previous match to stitch a 86-run stand for the third wicket, pushing India ever so close to the target.

While Rahul (57 not out off 50 balls) scored his second consecutive fifty of the series, and 11th overall of his T20I career, Iyer fell six runs short of his half-century.

He threw his wicket away in an attempt to bring up his fifty with a glorious hit over the bowler's head. He was caught by Tim Southee off the bowling off Ish Sodhi.

However, when Iyer departed there was not much left in the game and Shivam Dube finished things off in style with a six, with 15 balls left to play.

Rahul was adjudged the player of the match for his match-winning fifty.

Unlike the last game, Indian bowlers troubled New Zealand openers Martin Guptill and Colin Munro with their tight line and lengths, not allowing them to get off to an explosive start.

Guptill (33 off 20 balls), like last game, failed to convert his start into a big knock and fell on the last ball of the powerplay, with scoreboard reading 48/1.

Munro (26 off 25 balls) struggled to get going from the start and finally got out off the bowling of Shivam Dube in the ninth over.

In the middle overs, left-arm spinner Ravindra Jadeja spun a web around the New Zealand batsmen, making full use of his variations.

He was the most economical bowler in the match and returned with figures of 2/18 in his four-over spell.

Ross Taylor (18 off 24 balls) and Tim Seifert (33 off 26) couldn't provide the hosts with late fireworks which led to them finishing with a below par score at Eden Park.

Apart from Jadeja, Mohammed Shami and Jasprit Bumrah were also on top of their game and bowled brilliantly in the death overs, helping India restrict New Zealand to 132/5.

Both the teams will now travel to Hamilton for the third T20I which will be played at Seddon Park on January 29.