"Shocked By All This Talk": Former Pakistan Captain Comes To Virat Kohli's Defence

Virat Kohli struggled for runs during the Test series in New Zealand and found support from a surprise source. 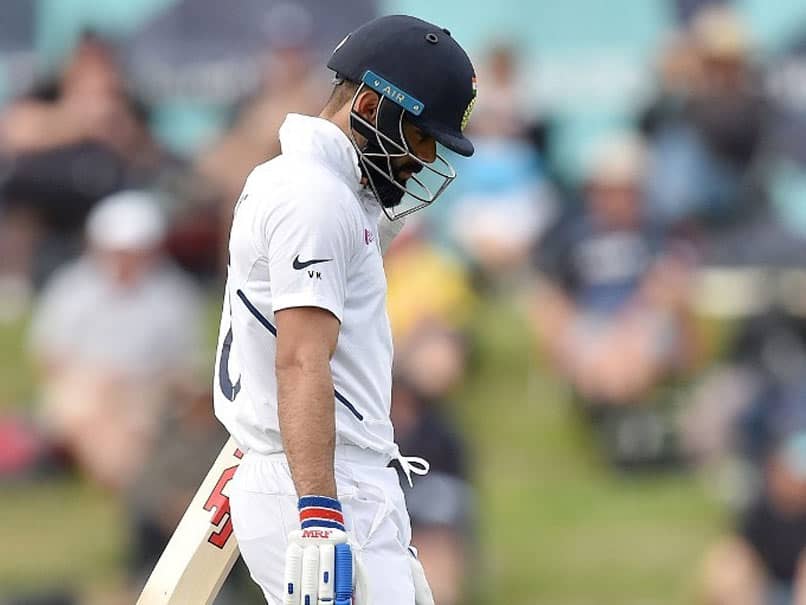 Virat Kohli could only score 38 runs over four innings in the Test series in New Zealand.© AFP

Virat Kohli had a torrid time in the just-concluded Test series in New Zealand. The Indian team, ranked number one in the world and the current table-toppers in the World Test Championship, faced the ignominy of being completely outplayed and outclassed by a rampant New Zealand side, who made most of their home conditions. The Indian captain, the No.2-ranked batsman in Tests, had an unusually lean series with the bat, managing scores of 2, 19, 3 and 14 at an average of 9.50. After his poor showing with the bat, Virat Kohli found support from an unlikely source -- former Pakistan captain Inzamam-ul Haq.

"In India, there has been a lot of talk about Virat Kohli because he hasn't done too well in his last 11-12 innings. Some people are talking about his technique. I am shocked by all this talk. One person has scored 70 centuries in international cricket and despite that people are questioning his technique," Inzamam said on YouTube channel 'The Match Winner'.

"I am saying as a cricketer, that every player has a series, has a year where even if he is doing everything right, things don't go his way. He can't score every day, in every match or every series or every year. What bowlers are playing just to be hit by Kohli? This doesn't happen with any player.

"My advice to Kohli is that there is no need to be worried. This happens to everyone. There is no business in the world that only sees profits, there are losses as well. He doesn't need to change his technique," said the former Pakistan skipper.

On Monday, New Zealand won the second Test inside three days to sweep the series the two-match Test series. Virat Kohli admitted that his team had been outplayed and did not show enough positivity in the series.

"We were completely outplayed in this series, and obviously did not play the kind of cricket that we do play as a team," Kohli said.

"We were not positive enough, we were not brave enough."

Virat Kohli Inzamam-ul-Haq Cricket
Get the latest updates on India vs Australia Series, check out the India vs Australia Schedule for 2020-21 and Ind vs Aus live score . Like us on Facebook or follow us on Twitter for more sports updates. You can also download the NDTV Cricket app for Android or iOS.