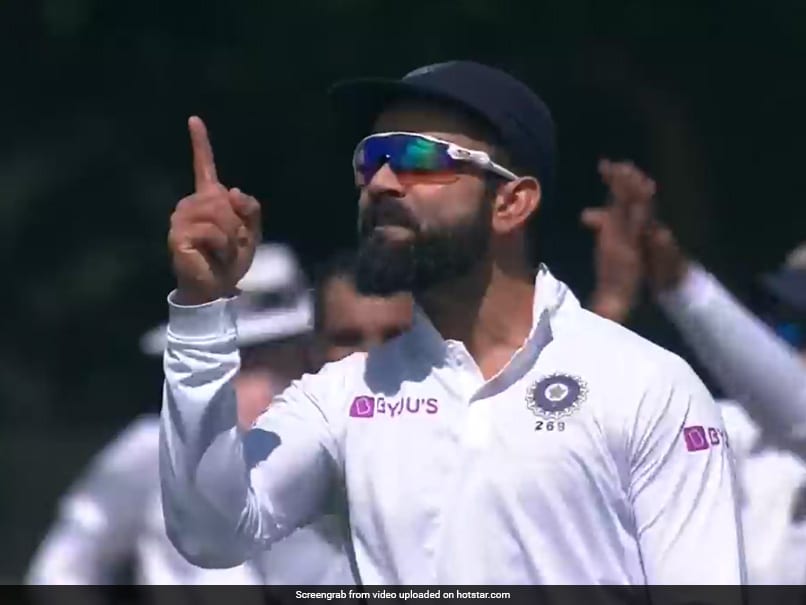 India captain Virat Kohli's childhood coach Rajkumar Sharma on Monday defended his ward's on-field demeanour, saying he never crossed the thin line between aggression and misbehaviour. "When he (Kohli) is doing well with same aggression for the country, then everyone appreciates. I have always believed that yes, aggression is his strength, but there is a thin line between aggression and 'battamizi' (misbehaviour). He never crosses that line, and he should not. Aggression pumps him up to do well," Sharma told a group of reporters in Navi Mumbai.

Sharma, the coach of Bank of Baroda, was speaking on the sidelines of the DY Patil T20 Cup being held in Navi Mumbai.

On day two of the second Test against New Zealand in Christchurch, Kohli was animated as ever in his celebrations when home side captain Kane Williamson was dismissed by Jasprit Bumrah. Kohli also gestured the crowd to keep quiet. Kohli is going through a rare lean phase in his career, but Sharma is unperturbed and feels that the Indian captain will bounce back.

The Indian captain has had a disastrous Test series, as he could amass just 38 runs in four innings. In the whole New Zealand tour, he scored 218 runs with a lone fifty.

"Every player goes though a lean patch. There is something called law of averages in cricket. Maybe, that has caught up. There is nothing to worry. He is too good a player and he knows where it is going wrong. We have already discussed that. He will be back," the 54-year-old coach said.

"He is a magnificent player. In the upcoming (ODI) series (against South Africa), he will show what he is capable of," Sharma asserted.

Sharma said that his ward was batting well but unfortunately was getting out.

"I keep speaking to him a lot, and especially at a time like this, we talk even more. He has been batting well, but is unfortunately getting out. We must credit the New Zealand bowlers that they have laid a good trap, planned a good strategy for all the Indian batsmen, not just him (Virat)," he said.

Virat Kohli was having difficulty in playing seaming deliveries in New Zealand.

Sharma, though said, that one cannot judge a player by his performance in two matches.

To a question on whether a stint in English county would help Kohli to improve his game against moving ball, Sharma said, "First it was being said that he will not score runs in England. When he scored runs there, then everyone said 'he plays swing bowling very well and he is a perfect player'."

"So, as I said, a (lean) patch comes and you cannot write off a player after two matches (Tests), that he cannot play swing bowling. It is a temporary phase and it will go away," Sharma signed off.