Kapil Dev said that hitting in-swinging deliveries for four used to be one of Virat Kohli's strengths but now it has turned into his weakness. 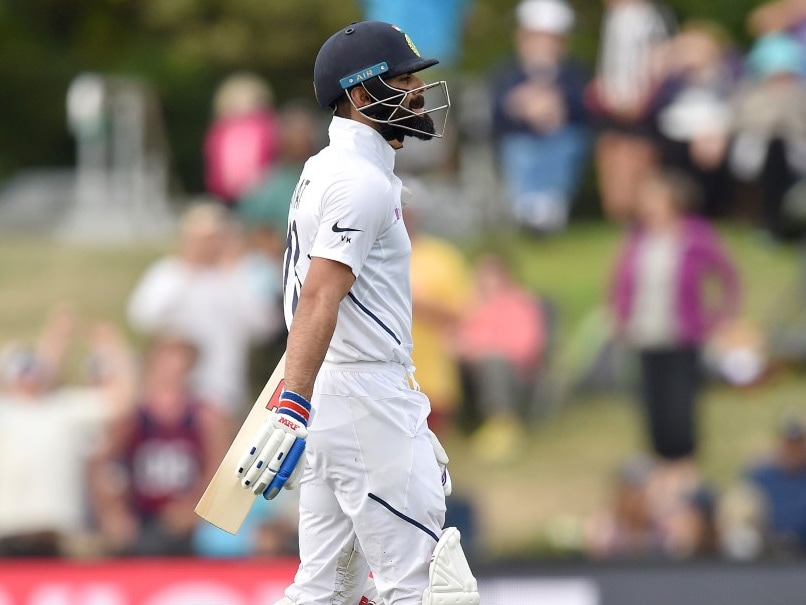 Virat Kohli failed with the bat as India suffered a 0-2 whitewash in the just concluded Test series against New Zealand. In four innings, the Indian skipper scored just 38 runs as the No. 1 ranked Test side tasted first series loss in their World Test Championship campaign. Kohli's failure with the bat has become the latest talking point for fans and experts alike. Reacting to Kohli's exact similar mode of dismissals in the second Test, former India skipper Kapil Dev said that Kohli has crossed a certain age where "eyesight and reflexes" generally slow down and start affecting player's hand-eye coordination.

"When you reach a certain age and when you cross 30 then it affects your eyesight. Virat Kohli used to hit in-swing deliveries for four, it used to be his strength but now he is struggling against the same," Kapil told ABP News in a YouTube video posted on their channel.

Kohli got out leg before to in-swinging deliveries in both the innings of second Test in Christchurch. In the first innings, he was dismissed by Tim Southee, while Colin de Grandhomme sent him packing in the second innings.

Referring to Kohli's new-found weakness against incoming deliveries, Kapil Dev advised the Indian skipper to "adjust his eyesight" and spend more time in the nets.

"So I think he needs to adjust his eyesight a bit. When big players start getting bowled or LBW to incoming deliveries then you have to tell them to practice more. It shows that your eyes and your reflexes have slowed down a bit and in no time your strengths turn into your weakness," said Kapil Dev, who led India to 1983 World Cup glory.

The 61-year-old former all-rounder gave examples of batting greats like Viv Richards, Rahul Dravid and Virender Sehwag who all faced similar difficulty towards the latter half of their illustrious careers.

"From 18-24, your eyesight is at the optimum level but after that, it depends on how you work on it. Players like Virender Sehwag, Rahul Dravid and Viv Richards have also faced similar difficulties in their career," he said.

With the Indian Premier League (IPL) around the corner, Kapil Dev said that it will take at least three months of training for Kohli to get to his best and playing in the IPL will certainly help him in that regard.

"So Kohli needs to practice more. He is striking late on the balls that he used to time well earlier. It will take at least three months for him to recover and IPL will help," he further added.

Before IPL, which is scheduled to start on March 29, India will play a three-match One-day International series at home against South Africa, first of which will be played in Dharamsala on March 12.

Virat Kohli Kapil Dev New Zealand vs India, 2020 Cricket
Get the latest updates on IPL Auction 2023 and check out  IPL 2023 and Live Cricket Score. Like us on Facebook or follow us on Twitter for more sports updates. You can also download the NDTV Cricket app for Android or iOS.