Virat Kohli said India lost because of a poor execution of plans against a New Zealand side that managed to stick to their plans. 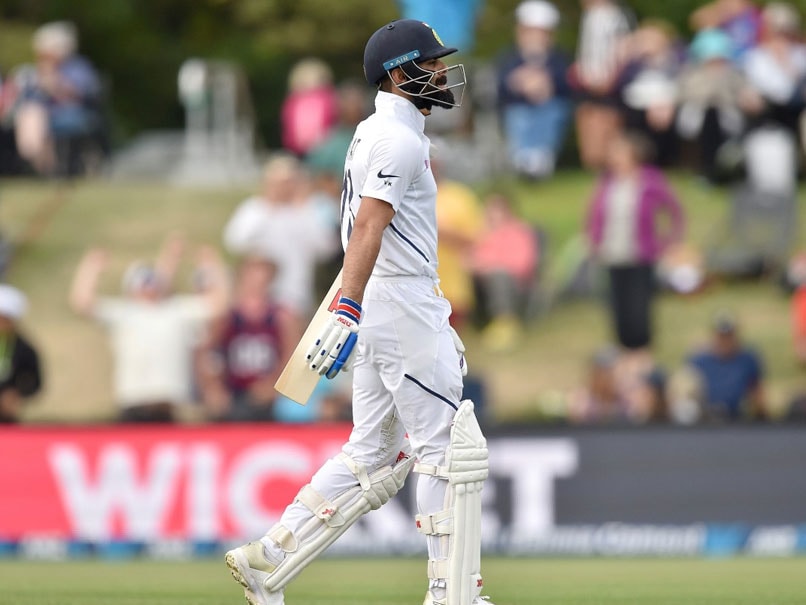 Virat Kohli lost his wicket for 3 and 14 in successive innings against New Zealand.© AFP

Virat Kohli called India's Test series loss to New Zealand "disappointing", adding that his team lost because of a poor execution of plans against a team that managed to stick to their plans. Under the captaincy of Kane Williamson, New Zealand registered a seven-wicket win over the number one-ranked Test team inside three days of the second Test in Christchurch. With this, the hosts completed a 2-0 whitewash. "It was a matter of not having enough intent in the first game, and not closing out here. We didn't bowl in the right areas for long enough. They created a lot of pressure," Virat Kohli said at the post-match presentation.

"It was a combination of us not executing well enough and New Zealand sticking to their plans. The batsmen didn't do enough for the bowlers to try and attack," the Indian skipper added.

New Zealand had defeated India by 10 wickets in the series opener in Wellington. In the second Test, India were asked to bat at the Hagley Oval and bowled out for 242 runs.

Kohli said India can not complain about toss as they need to win matches irrespective of the toss result.

"Toss, you could think about it being a factor, but we don't complain. It did give extra advantage to the bowlers in each Test but as an international side, you're expected to understand that," he said.

Mohammed Shami and Umesh Yadav impressed with the ball as India bowled out New Zealand for 235 runs. But Indian batsmen failed to produce a promising show as the whole line up folded for paltry 124 runs.

In New Zealand's easy chase, Tom Latham scored 52 runs, including 10 boundaries while Tom Blundell made 55 runs with the help of eight boundaries and a six.

Kohli praised the bowlers but didn't hesitate to ask his team to "correct things going forward".

"The bowling was good, I thought even in Wellington we bowled well. Sometimes if you bowl well and things don't happen, you have to take it in your stride.

"Disappointing, have to go back to the drawing board and correct things going forward.

"We accept it upfront and if we have to win away from home, we have to do that. No excuses, just learning moving forward. In Tests, we weren't able to play the cricket we wanted to," Kohli said.

India will next take on South Africa in a three-match One-day International series, starting on March 12 in Dharamsala.