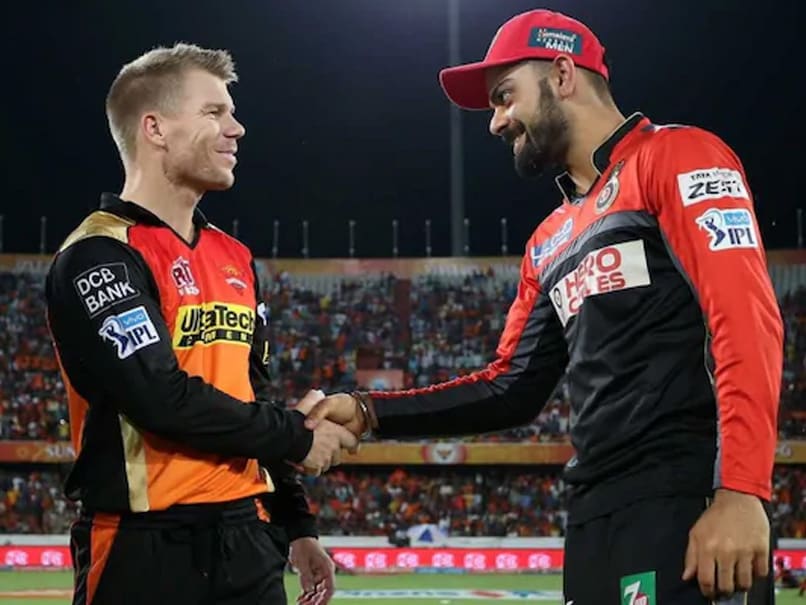 David Warner and Virat Kohli were involved in a funny banter on Instagram.© AFP

Virat Kohliis currently leading Team India in the ongoing Twenty20 International (T20I) series against New Zealand. However, that did not stop the Indian captain from engaging in a funny banter with Australia's opening batsman David Warner on the latter's Instagram post. David Warner had shared a picture of his collection of 18 bats on Instagram. "Stock-taking time," Warner had captioned the picture. Soon enough, Virat Kohli left a comment on the Australian batsman's post that sent fans into a frenzy. 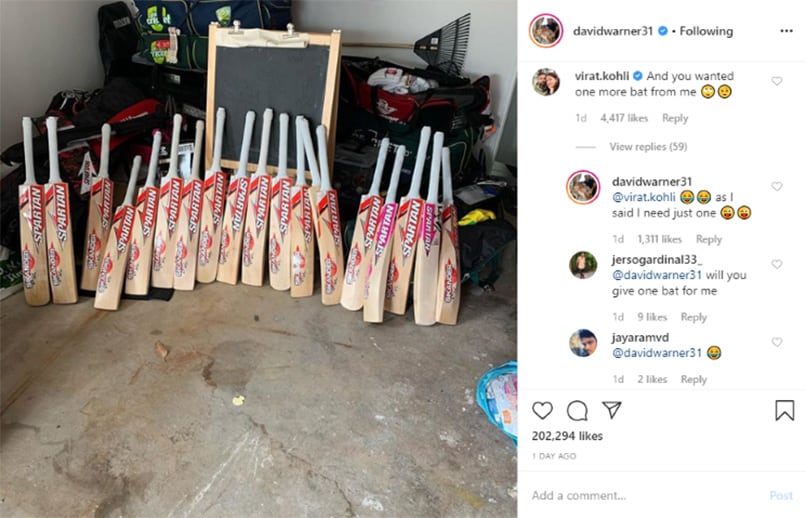 "@virat.kohli as I said I need just one," Warner replied with laughing emojis.

The funny banter between the two batsmen left the fans in splits.

On the field, Virat Kohli led India to a six-wicket win in Aucklandto mark the beginning of a six-week long tour of New Zealand.

On Friday, India managed to chase down the 204-run target with an over to spare at Eden Park in Auckland.

Kohli had opted to bowl in the series opener but his decision nearly backfired as the hosts posted a mammoth total of 203 for five after being put in to bat.

KL Rahul and Shreyas Iyer hit half-centuries while Virat Kohli chipped in with a crucial knock of 45 that helped the visitors go 1-0 up in the five-match series.

The second T20I is scheduled to be played at the same venue on Sunday.