Sanjay Manjrekar was again a target for trolls after his exchange with Ravindra Jadeja on Twitter. 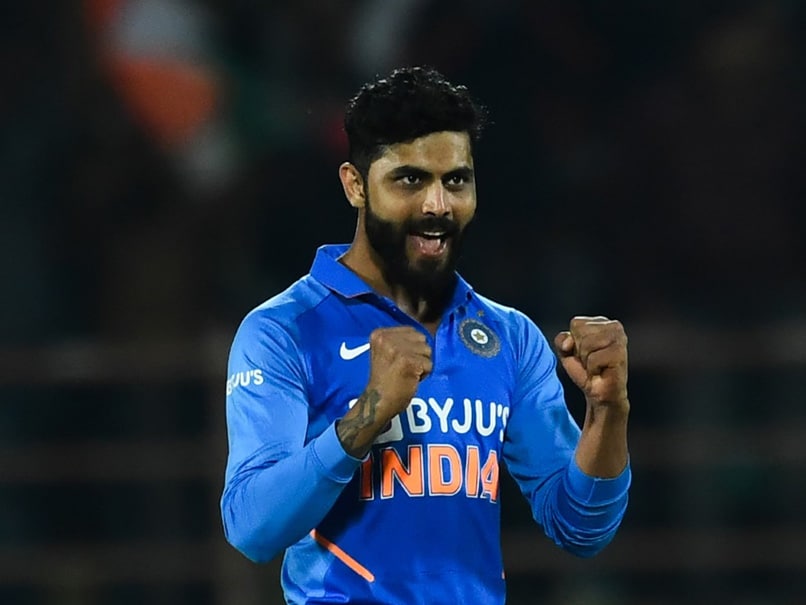 Ravindra Jadeja was the most successful Indian bowler in the 2nd T20I.© AFP

Indian produced a clinical performance in the second Twenty20 International (T20I) to beat New Zealand by seven wickets, thus taking a 2-0 lead in the five-match series on Sunday. After Indian bowlers restricted New Zealand to a below-par total of 132/5, KL Rahul led India to the victory with his unbeaten 50-ball 57 runs and won the player of the match award. Former cricketer-turned-commentator Sanjay Manjrekar, however, was of the view that instead of Rahul a bowler was more deserving of the award. "Player of the match should have been a bowler. #INDvNZ," Manjrekar tweeted after the match. All-rounder Ravindra Jadeja, who was the most successful Indian bowler in the match, was quick to ask him the name of that bowler. "What is the name of that bowler?? Pls pls mention," Jadeja replied on Manjrekar's tweet.

What is the name of that bowler?? Pls pls mention

Many expected Manjrekar to take Jadeja's name, as he was the most economical bowler in the match and also took two wickets, but he rather than naming him as the outright deserving contender of the award also threw fast bowler Jasprit Bumrah's name in the mix.

"Ha ha...Either you or Bumrah. Bumrah, because he was extremely economical while bowling overs no 3, 10, 18 and 20," Manjrekar wrote in reply to Jadeja's comments.

Manjrekar's comments, however, didn't go down well with the fans and they started criticising him for not accepting that Jadeja was the best bowler in the match and soon turned the post in to a meme fest.

The fans highlighted Jadeja's outstanding performance in the match and credited him for picking up two crucial wickets of Kane Williamson and Colin de Grandhomme in the middle overs and applying breaks on New Zealand innings.

Here is how fans reacted:

This was not the first time Manjrekar and Jadeja had exchanged words on Twitter.

In fact, unlike this time, last year during World Cup 2019 these two were involved in a heated argument after Manjrekar had said that Jadeja is a "bits and pieces" player, and is someone he is not very fond of.

Jadeja had also reacted strongly and referred to Manjrekar's comments as "verbal diarrhoea" and slammed him for showing lack of respect.

As far as the series is concerned, India have won both the games so far and the two teams will now travel to Hamilton for the third T20I which will be played on January 29.

While India will look to seal the series in Hamilton, the hosts would look to stay alive in the series by registering their first win.