After LSG's defeat an image of Gambhir staring at captain KL Rahul went viral on Twitter with fans creating memes and also posting funny reactions to it. 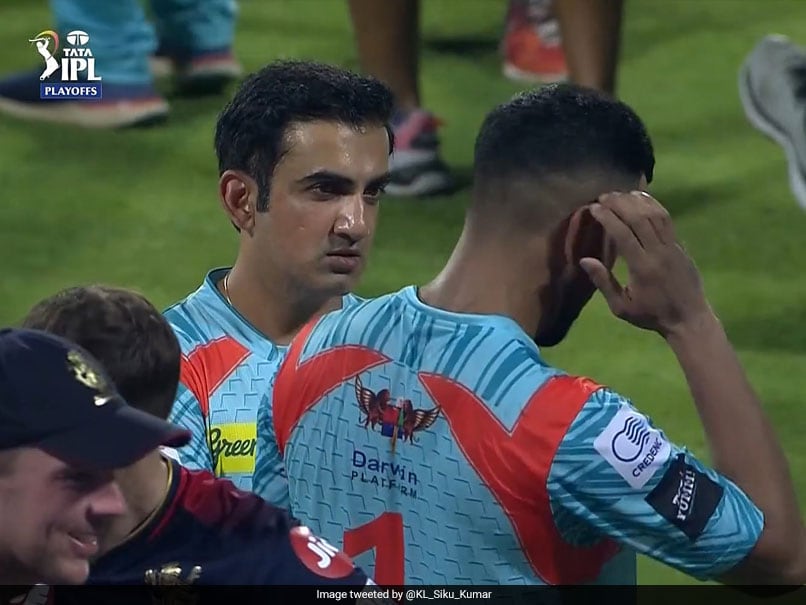 Lucknow Super Giants paid a big price for their mistakes on the field on Wednesday as a number of dropped catches allowed Royal Challengers Bangalore's Rajat Patidar to slam an unbeaten knock of 112 runs, which helped RCB post a mammoth total of 207 runs on the board. LSG though gave it their best in the chase with skipper KL Rahul leading it from the front. But his dismissal in the death overs brought an end to LSG's challenge in their opening season in IPL as they eventually succumbed to a 14-run loss at the Eden Gardens in Kolkata.

The broadcast cameras spotted LSG's mentor Gautam Gambhir watching the action helplessly from the side and despite his attempts to remain emotionless, his face gave away the frustration that he felt when his team failed to grab the chances in the field.

Gambhir is known to be an emotional leader on and off the field and his speeches in the LSG dressing room have often given that away.

After LSG's defeat an image of Gambhir staring at captain KL Rahul went viral on Twitter with fans creating memes and also posting funny reactions to it.

Dear Gautam Gambhir mind your own business, stay away from him ????????
Leave KL Rahul alone and facilitate him with gifts and all...he is our proud future legend???????? #LSGvRCB pic.twitter.com/mcb3cbjzw4

KL Rahul might become the greatest cricketer after these stare from gambhir pic.twitter.com/97xQZeFR8x

Gautam Gambhir and KL Rahul had a little chat after the game.#IPL pic.twitter.com/I66YORZlGh

Rajasthan Royals IPL 2022 Cricket
Get the latest updates on ICC T20 Worldcup 2022, check out the Schedule and Live Score. Like us on Facebook or follow us on Twitter for more sports updates. You can also download the NDTV Cricket app for Android or iOS.