IPL 2022: Ravi Shastri was not best pleased with how Mumbai Indians used Jasprit Bumrah during their defeat to Kolkata Knight Riders. 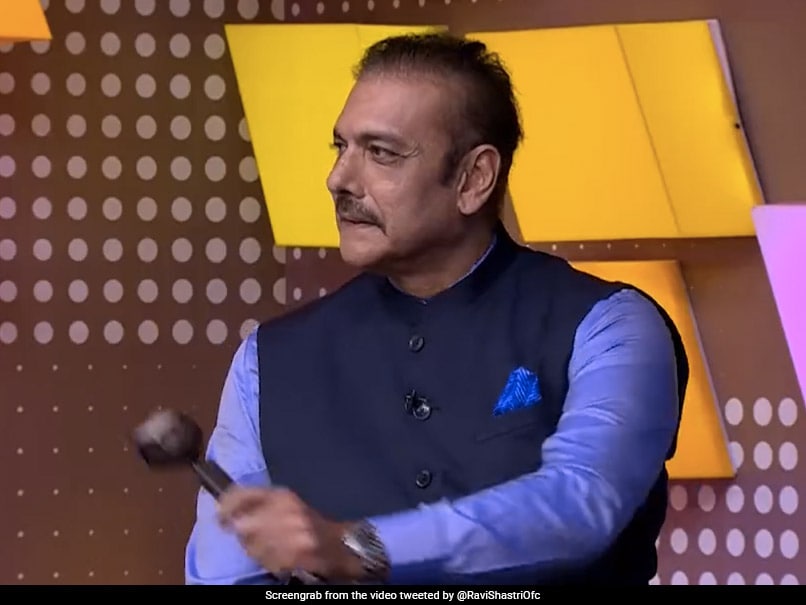 IPL 2022: Ravi Shastri was not best pleased with how Mumbai Indians used their pacer.© Twitter

Mumbai Indians' pace spearhead Jasprit Bumrah could bowl only three overs in their defeat to Kolkata Knight Riders as Pat Cummins smashed 56 off 15 deliveries to help his team chase down 162 in 16 overs in their Indian Premier League (IPL) 2022 match on Wednesday. Former Team India head coach Ravi Shastri was critical of how MI skipper Rohit Sharma used Bumrah and suggested that the 28-year-old fast bowler should be used to get wickets and not just saved for the death overs or to counter specific players, as it may allow the match to slip away from their hands, as it did on Wednesday in Pune.

"I just feel the use of Bumrah has to be better. Sometimes you're just not getting the best out of him because you don't have depth in your bowling. So instead of going for the kill and looking for wickets, you're just keeping Bumrah for one or two players or keeping him for the death," Shastri told broadcasters Star Sports.

"At that time it doesn't matter if you're Bumrah or anyone, you'll go for runs. If the batsman is in that kind of mood and the momentum is with the batting side at that stage, you will go for runs," he explained.

"So you would rather use him to get wickets at important periods rather than keeping all those overs at the back, waiting for 'if Russell comes, I'll use Bumrah'. But then, if it's too late, there's no Russell, someone else did the job," he said.

Shastri was also left amazed at how the game was taken away from MI in one over.

"It's a bitter, bitter, bitter pill to swallow. It's not going to be easy. It's like someone giving you a chocolate and before you can finish saying 'thank you', it's in the other guy's mouth," Shastri said when asked how MI will get over with Cummins' onslaught.

Cummins took Daniel Sams for 35 runs in the 16th over, as he brought up his half-century in 14 deliveries - the joint-fastest fifty in the history of the IPL.

Jasprit Bumrah IPL 2022 Cricket
Get the latest updates on ICC T20 Worldcup 2022 and CWG 2022 check out the Schedule, Live Score and Medals Tally. Like us on Facebook or follow us on Twitter for more sports updates. You can also download the NDTV Cricket app for Android or iOS.