Punjab Kings took to Twitter to share a photo of the three greats talking to each other with the caption, " intl. runs and intl. wickets in one frame." 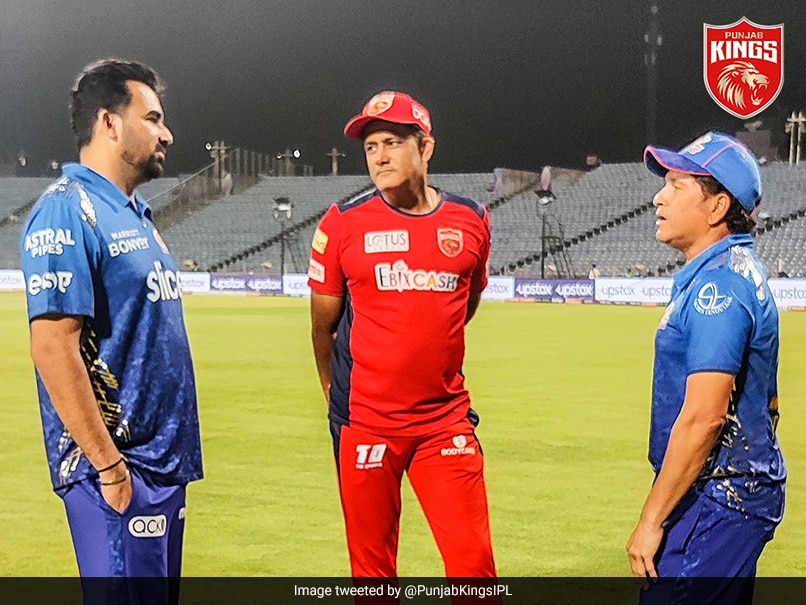 Punjab Kings beat Mumbai Indians by 12 runs in an IPL 2022 match on Wednesday. The defeat meant Mumbai Indians stayed at the bottom of the points table with no points after losing their fifth match on the trot. Punjab Kings on the other hand moved to the third spot by securing their third win in 5 matches.

The three men were seen talking to each other in what seemed like a great reunion.

Tendulkar and Zaheer are integral parts of Mumbai Indians' backroom staff while Kumble is the head coach of the Punjab outfit.

Tendulkar and Zaheer were part of the team that went on to win the 2011 ICC World Cup. Kumble along with the duo was part of the squad for the 2003 ICC World Cup when India had lost the final to Australia. While Kumble remains India's most prolific wicket-taker in Test cricket, Tendulkar leads the run charts globally in Tests and ODIs.

Zaheer is the joint-second highest wicket-taking pace bowler for India in Tests along with Ishant Sharma with 311 scalps.