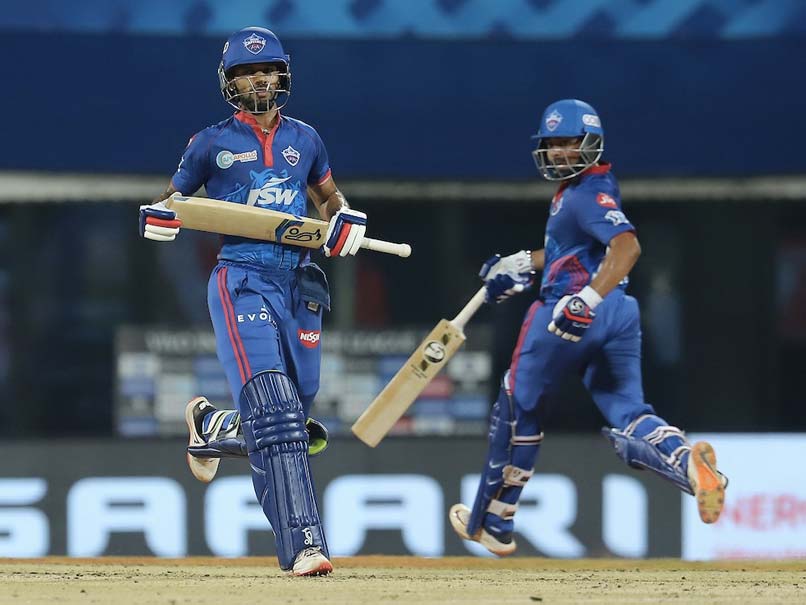 Delhi Capitals (DC) sealed a Super Over win vs SunRisers Hyderabad (SRH) in Match 20 of the ongoing Indian Premier League (IPL) 2021 season, at the MA Chidambaram Stadium on Sunday. The win also helped Delhi climb to second position in the league table. Chasing a target of 160 runs, SRH reached 159 for seven in 20 overs, courtesy of an unbeaten knock of 66 runs by Kane Williamson. Avesh Khan was in top form for DC, taking three wickets against a disappointing SRH batting order. Earlier, Delhi wrapped up their innings at 159 for four in 20 overs, with Prithvi Shaw hitting a stylish half-century. Siddarth Kaul was SRH's top performer in the bowling department with two wickets. In the Super Over, SRH set a target of eight runs, with David Warner (2) and Kane Williamson (4) remaining unbeaten. Axar Patel was the bowler for Delhi. Rishabh Pant (5) and Shikhar Dhawan (0) helped DC seal the win and were helped by some leg byes, while facing Rashid Khan in the Super Over. Earlier in the day, Chennai Super Kings (CSK) ended Royal Challengers Bangalore's (RCB) unbeaten run in Match 19, at the Wankhede Stadium. Ravindra Jadeja put in a brilliant all-round display to help his side win by 69 runs. Chasing a target of 192 runs, RCB could only muster 122 for nine in 20 overs. Devdutt Padikkal made the only noteworthy contribution with 34 runs off 15 balls. Jadeja was on fire for CSK, taking three wickets in four overs. Earlier, Jadeja smashed an unbeaten knock of 62 runs to help Chennai reach 191 for four in 20 overs. He also hammered Harshal Patel in the 20th over for 37 runs. Patel was RCB's leading wicket-taker with three dismissals but conceded 51 runs in four overs.

After their win vs RCB, CSK are on top of the IPL 2021 Points Table with eight points from five games. DC are in second position, with RCB in third. The three teams are level on points, but separated by net run rate. Defending champions Mumbai Indians (MI) are in fourth place.

Shikhar Dhawan scored 28 runs during the win vs SRH, and finds himself in pole position of the Orange Cap race. In five fixtures, he has scored 259 runs. The India international is followed by KL Rahul in second spot with 221 runs. Faf du Plessis (214), Jonny Bairstow (211) and Rohit Sharma (201) are in third, fourth and fifth spots respectively.

Despite getting hammered by Jadeja, Harshal is still on top of the Purple Cap race, with 15 dismissals. Avesh Khan, who has been in top form for DC this season, is in second position with 11 dismissals. Rahul Chahar (9), Chris Morris (9) and Deepak Chahar (8) are in third, fourth and fifth spots respectively.