CSK vs RCB, IPL 2021: Ravindra Jadeja smashed 37 runs off Harshal Patel, including five sixes and one four, in Royal Challengers Bangalore's last over against Chennai Super Kings in Mumbai. 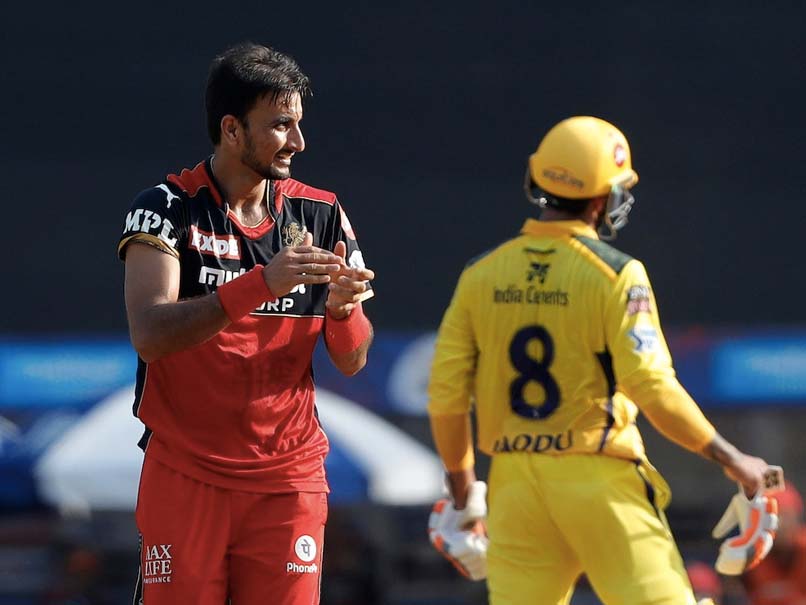 Chennai Super Kings (CSK)all-rounder Ravindra Jadeja went on a spectacular rampage, as he smashed 36 runs off the final over in the Indian Premier League (IPL) 2021 game against Royal Challengers Bangalore. Harshal Patel, who was bowling well with figures of 3/14 in three overs before that, ended up conceding the most expensive over -- 37 runs -- in the history of the IPL. Jadeja hit the first two balls for maximums over deep midwicket. Harshal then ended up bowling a beamer, which Jadeja also put away. The left-hander did not let go of the Free Hit either as he smashed another six.

He took two off the next delivery before finishing off with a six and a four.

Jadeja's stunning blitz helped CSK to a total of 191/4 after Harshal Patel himself had swung the momentum in RCB's favour with the key wickets of half-centurion Faf du Plessis and Suresh Raina in the same over. He also later dismissed the dangerous Ambati Rayudu.

Harshal Patel still leads the wicket charts this season, but that over would be one he would want to forget.

Their openers, du Plessis and Ruturaj Gaikwad, got off to a flyer, before Yuzvendra Chahal got rid of Gaikwad for 33.

Faf du Plessis then reached his half-century as he put on a 37-run stand with Raina, before Harshal Patel dismissed them off consecutive deliveries.

Jadeja and Rayudu then kept their momentum going before Harshal got Rayudu's wicket.

Ravindra Jadeja IPL 2021 Cricket Chennai Super Kings vs Royal Challengers Bangalore, Match 19
Get the latest updates on ICC T20 Worldcup 2022 and CWG 2022 check out the Schedule, Live Score and Medals Tally. Like us on Facebook or follow us on Twitter for more sports updates. You can also download the NDTV Cricket app for Android or iOS.