IPL 2021: Ravindra Jadeja was everywhere on the field for Chennai Super Kings vs Rajasthan Royals as he took four catches to help his team grab victory. 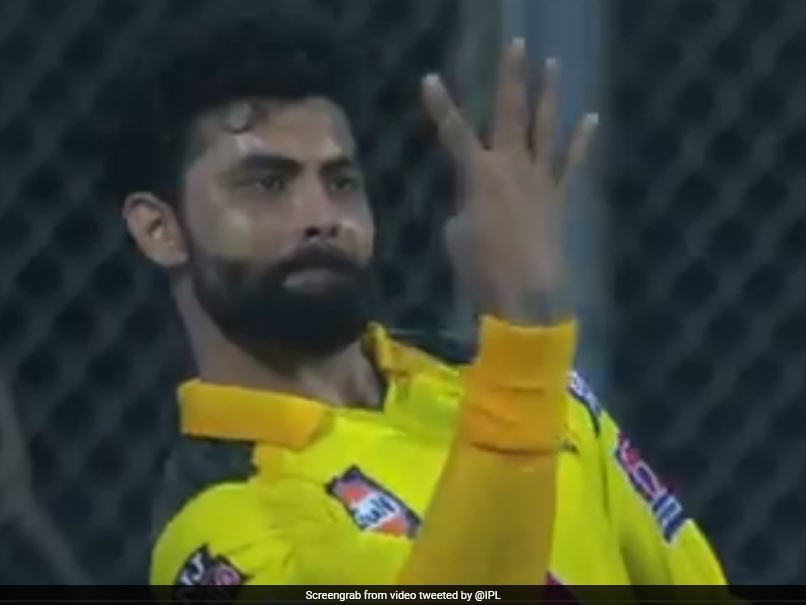 Chennai Super Kings (CSK) all-rounder Ravindra Jadeja is not just good with both bat and ball, but is also a live-wire in the field. Apart from taking two wickets against Rajasthan Royals (RR), Jadeja also took four catches in the deep as CSK won their second match in a row in the ongoing Indian Premier League (IPL) 2021. Jadeja failed with the bat on Monday, but he made his presence felt with the ball and on the field, and after he took Jaydev Unadkat's catch at sweeper cover, he brought out an animated celebration.

Jadeja held up four fingers to indicate the number of catches he took, before doing a little "call me" action and a little jig.

A resounding victory for @ChennaiIPL against #RR by 45 runs.

"Ravindra Jadeja is literally running around the whole ground, smiling like a kid while chasing the ball. How can someone be filled with so much energy and enthusiasm," wrote another user.

Guess who... Sir Ravindra Jadeja.. @imjadeja Man! u r Everywhere in the field. I've never seen a player like u.. God Bless.

Ravindra Jadeja is literally running around the whole ground, smiling like a kid while chasing the ball. How can someone be filled with so much energy and enthusiasm.

Not a meme, just Sir Ravindra Jadeja's field positions in a match! pic.twitter.com/j0sdqqkDCr

Apart from his fielding heroics, Jadeja turned the momentum in CSK's favour, dismissing Royals' top-scorer on the night, Jos Buttler, with a peach of a delivery.

Jadeja with a beauty pic.twitter.com/lyGyukn2v1

While no batsman made a significant individual score for CSK, fast cameos from Faf du Plessis, Moeen Ali, Ambati Rayudu and Dwayne Bravo powered them to 188/9.

Rajasthan Royals then suffered an epic collapse in the middle overs, as Jadeja and Moeen Ali shared five wickets between them in the space of four overs and eventually finished at 143/9.

Ravindra Jadeja Chennai Super Kings vs Rajasthan Royals, Match 12 Cricket
Get the latest updates on SA vs IND 2021-22, check out the Schedule and Live Score . Like us on Facebook or follow us on Twitter for more sports updates. You can also download the NDTV Cricket app for Android or iOS.