Rishabh Pant completed a diving, one-handed catch during a Delhi Capitals training session, with a slow-motion video of the moment shared by the franchise. 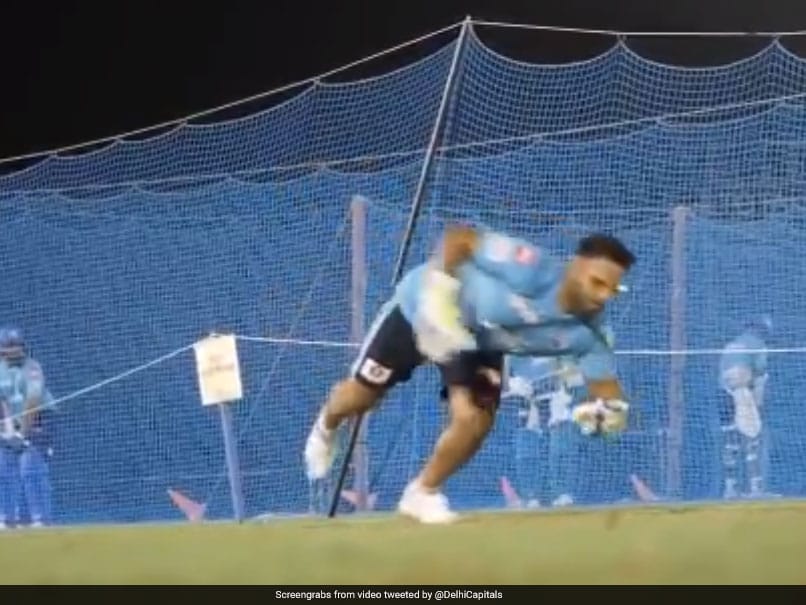 Rishabh Pant will play for Delhi Capitals in the upcoming edition of IPL.© Twitter

Delhi Capitals (DC) wicketkeeper-batsman Rishabh Pant completed a diving, one-handed catch during a training session, as visible in a slow-motion video of the moment shared by the official Twitter handle. "Even in slo-mo, @RishabhPant17 ends up taking this catch faster than the time you take to finish reading this," read the caption on the video. DC have been training for the upcoming edition of the Indian Premier League (IPL), having completed the mandatory quarantine as per the government of the UAE and IPL guidelines. All franchises have begun their training in the UAE barring the Chennai Super Kings (CSK).

Even in slo-mo, @RishabhPant17 ends up taking this catch faster than the time you take to finish reading this #Dream11IPL #YehHaiNayiDilli pic.twitter.com/TWwmG1gIu2

DC head coach Ricky Ponting will, however, look to ensure that the side does not over-train within the first three weeks prior to the 13th edition of the IPL. "We've got a smaller squad so I want to sort of manage our training sessions differently than we did last year," he said in an official release issued by the franchise.

"I've made it clear to the boys that we are not going to over-train in the first three weeks. I believe our preparation leading up to the first game is critical. I want to make sure that physically, technically, and tactically the boys are peaking for the first game," added Ponting.

Pant had recently shared a video on Twitter which shows him working out in his hotel room, with a Kanye West song playing in the background. The cricketer can be seen performing a wide variety of exercises including push-ups.

The IPL is slated to be played in the UAE across three venues -- Dubai, Abu Dhabi, and Sharjah from September 19 to November 10.

Rishabh Pant Cricket
Get the latest updates on ICC T20 Worldcup 2022, check out the Schedule and Live Score. Like us on Facebook or follow us on Twitter for more sports updates. You can also download the NDTV Cricket app for Android or iOS.