Rishabh Pant shared a video on Twitter where he can be seen working out inside his hotel room. 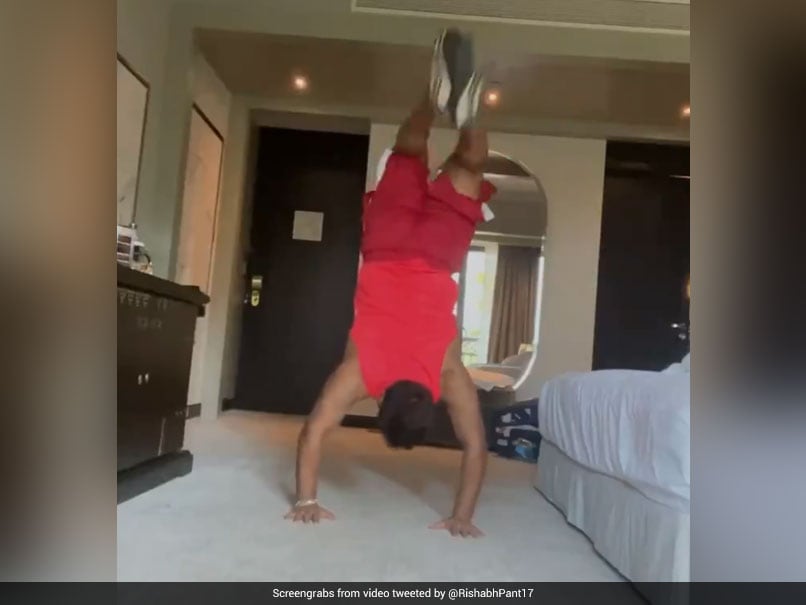 Rishabh Pant will play for Delhi Capitals in the upcoming edition of IPL.© Rishabh Pant/Twitter

Delhi Capitals wicketkeeper-batsman Rishabh Pant took to Twitter on Saturday to share a video which shows him working out in his hotel room with a Kanye West song playing in the background. Pant can be seen performing a wide variety of exercises including push-ups as he joins the likes of Virat Kohli and Krunal Pandya, who also posted similar videos working out in their hotel rooms during quarantine. "Locked down but Charged up Rishabh Pant < Rishabh Stunt @delhicapitals," he captioned the video on Twitter.

Locked down but Charged up
Rishabh Pant < Rishabh Stunt @DelhiCapitals

The Royal Challengers Bangalore (RCB) had shared a video which showed Kohli sweating it out in the balcony of his hotel room. "Welcome to Captain Kohli's gym. Seize the day," RCB had captioned the tweet.

Pandya was seen lifting weights and practising freestyle exercises in a video posted by him on his official Twitter handle. "Quarantine won't stop the work out," he had captioned the post.

However, just three weeks before the start of the IPL Chennai Super Kings have suffered a major blow as their star player Suresh Raina has ruled himself out of the tournament and returned back to India due to some personal reasons.

"Suresh Raina has returned to India for personal reasons and will be unavailable for the remainder of the IPL season. Chennai Super Kings offers complete support to Suresh and his family during this time," franchise CEO KS Viswanathan was quoted as saying on the team's official Twitter handle.

The IPL 2020 will be played across three venues in the UAE – Dubai, Sharjah and Abu Dhabi. The final of the tournament will be played on a November 10.