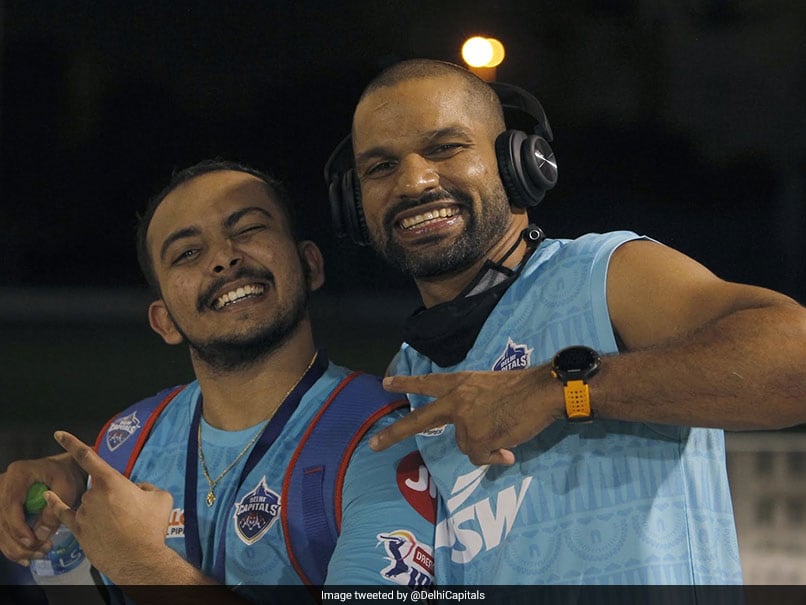 Wide smiles come naturally to Delhi Capitals' Shikhar Dhawan, who is known for his cheerful nature and fun-loving persona as seen on the cricketer's social media channels. Prithvi Shaw, Dhawan's likely opening partner for Indian Premier League (IPL) 2020, isn't as much a fun-and-frolic figure – at least not on social media. So when Delhi Capitals asked the duo to buddy up and pose for the camera, Dhawan's natural smile perhaps brushed on Shaw as they showed that “#WideSmileWednesday needs to be a thing.”

Dhawan moved Delhi Capitals from SunRisers Hyderabad ahead of IPL 2019 and scored 521 runs at 34.73 last season. Shaw had a more subdued season: he accumulated 353 runs at 22.06 from 16 matches.

In a top-heavy Delhi Capitals line up comprising Indian players Dhawan, Shaw, Ajinkya Rahane, Shreyas Iyer and Rishabh Pant and overseas stars like Shimron Hetmyer and Alex Carrey, there's likely to be tough competition for the top four slots in the playing XI.

Rahane, who was traded with Rajasthan Royals ahead of IPL 2020 said he is willing to play the finisher's role if needed.

“If I am told to bat at No 5 or 6, I will definitely take it as it will be a new role for me and help me explore my game. So if you ask me, my answer is yes, I am ready,” Rahane said when asked about batting in the middle or lower middle-order.

Delhi Capitals recently lost another opening prospect Jason Roy who pulled out of the tournament due to injury. Australia's Daniel Sams replaced Roy in the squad.

Shikhar Dhawan Prithvi Shaw Cricket IPL 2020
Get the latest updates on ICC T20 Worldcup 2022 and CWG 2022 check out the Schedule, Live Score and Medals Tally. Like us on Facebook or follow us on Twitter for more sports updates. You can also download the NDTV Cricket app for Android or iOS.