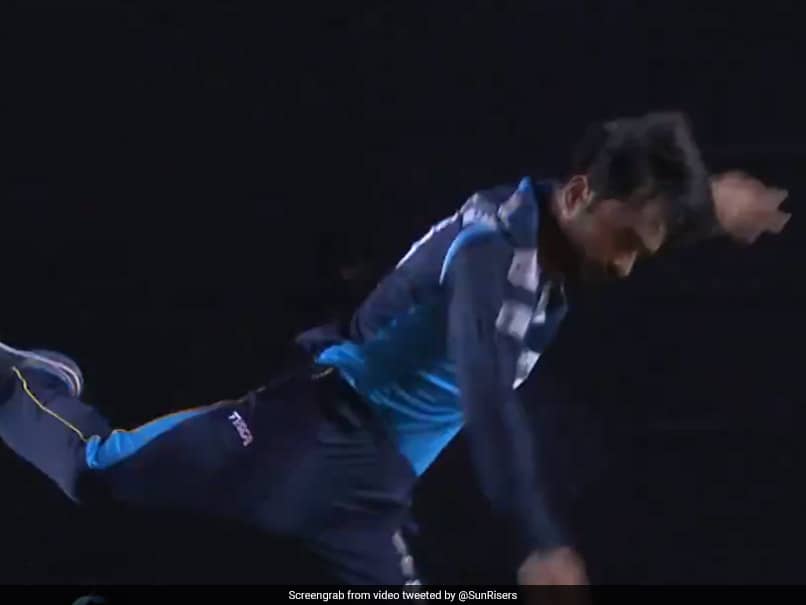 With the Indian Premier League (IPL) set to begin on September 19, Rashid Khan looks like he is well-prepared for the franchise-based Twenty20 (T20) league, which will be held in the United Arab Emirates (UAE). Representing Barbados Tridents in the ongoing Caribbean Premier League, the Afghanistan talisman bowled Guyana Amazon Warriors' Kevin Sinclair, and then taunted him through his celebration. Sinclair's team eventually won the match by seven wickets. The Afghan's IPL team SunRisers Hyderabad retweeted that particular highlight on Twitter. SRH captioned the retweet as, "Just Rashid Khan things".

The match between Barbados Tridents and Guyana Amazon Warriors saw two unique celebrations. One celebration was by Sinclair himself, and the other one was Rashid.

The Afghan vice-captain represents SRH in the IPL, who are led by David Warner. The other Afghan in the team is Mohammad Nabi.

Rashid made his IPL debut in the 2017 season, when he was acquired by SRH, taking two wickets in his first fixture. He also finished his first season as the sixth-highest wicket-taker with 17 dismissals from 14 matches. He will be hoping to carry on with his fine-form into the IPL. Considered to be a talented all-rounder, his talent lies in his bowling skills, and his vast variation.

Afghanistan IPL 2020 Cricket
Get the latest updates on IPL 2020, check out the IPL Schedule for 2020 and Indian Premier League (IPL) Cricket live score . Like us on Facebook or follow us on Twitter for more sports updates. You can also download the NDTV Cricket app for Android or iOS.