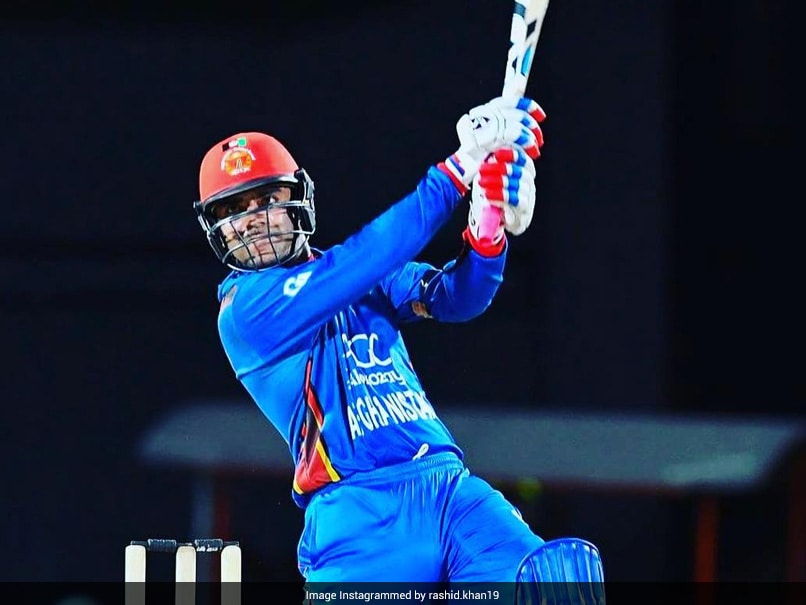 Rashid Khan impressed his fans with his batting skills in a video shared by SunRisers Hyderabad.© Instagram

SunRisers Hyderabad (SRH) took to Instagram to share a video of their Afghanistan international Rashid Khan hitting a tennis ball into the stands. The interesting take from the video was that Rashid Khan aced former India captain MS Dhoni's trademark helicopter shot to perfection. In the video, Rashid Khan, dressed in his traditional attire, sent a low full-toss straight over long-on. SRH used two emojis; a helicopter and a mind blown emoticon. The SRH fans were impressed with Rashid's skills and asked for a promotion in the batting order.

"Rashid should be promoted to 1down batsmen," a fan wrote.

"Winner winner 2020 IPL cup," a user picked SRH as one of the contenders to lift the trophy this season.

Rashid Khan made his IPL debut in 2017 for the SunRisers Hyderabadand he has been one of their most consistent performers in the tournament.

Rashid has played 46 IPL matches and he has 55 wickets to his name at an impressive economy rate of 6.55.

On Friday, the IPL fans were treated with some good as the dates of the tournament were finalised.

The IPL chairman Brijesh Patel confirmed the dates of the tournament and said that the franchise-based league will start on September 19 and the final will be played on November 8.

The 13th edition of the tournament was scheduled to begin on March 29 but due to the ongoing coronavirus pandemic, the Board of Control for Cricket in India had postponed the tournament indefinitely as a precautionary measure to stop the spread of the virus.

Sunrisers Hyderabad Cricket IPL 2020
Get the latest updates on IND vs NZ 2021, check out the Schedule and Live Score . Like us on Facebook or follow us on Twitter for more sports updates. You can also download the NDTV Cricket app for Android or iOS.