Indian pacer Bhuvneshwar Kumar says playing for IPL side Sunrisers Hyderabad has been a turning point in his career as he learnt to handle the pressure of bowling at the death. 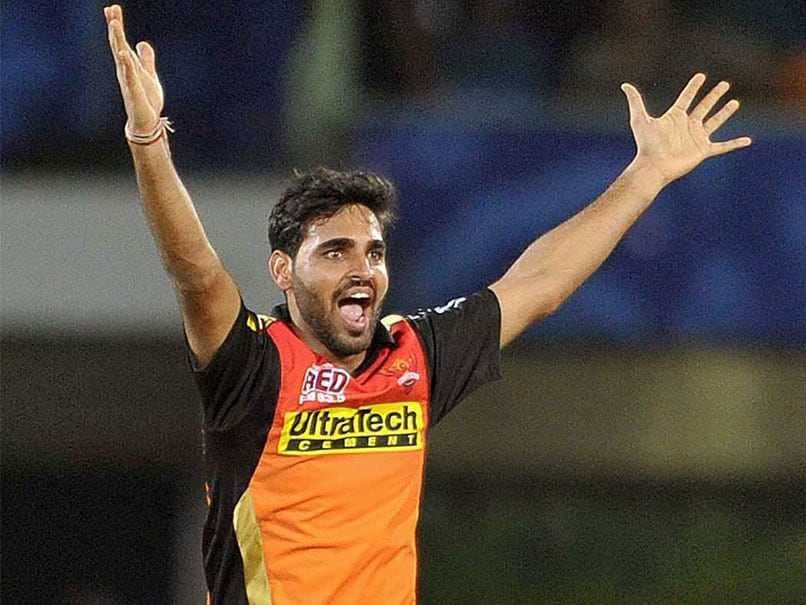 Bhuvneshwar Kumar said he learnt to deliver in crunch moments after joining Sunrisers Hyderabad in 2014.© AFP

Indian pacer Bhuvneshwar Kumarsays playing for IPL side Sunrisers Hyderabad has been a turning point in his career as he learnt to handle the pressure of bowling at the death. India's fierce pack attack is now one of the best in the world and Bhuvneshwar is a key figure in the set-up along with Jasprit Bumrah, Mohammed Shami and Umesh Yadav. Bhuvneshwar said he always had the ability to bowl yorkers but delivering in crunch moments is something that he learnt after joining the Sunrisers squad back in 2014.

"I always had the ability to bowl yorkers but then I lost it. At Sunrisers Hyderabad, they wanted me to bowl at the start of the innings as well as at the end. The 14 matches I played in 2014, I learnt to handle pressure and that was a turning point," Bhuvneshwar told Deep Das Gupta on Cricketbaazi show.

Bhuvneshwar, who has taken 132 ODI and 63 Test wickets, said he has been most successful whenever he has managed to detach himself from the outcome of the games like former India skipper Mahendra Singh Dhoni.

"Like MS Dhoni, I try to detach myself from the result and focus on small things, which I also refer to as process. And this helps in getting the desired outcome.

"During IPL when I had a couple of good seasons, I was in this zone. I was so focused on my process, that the result had become secondary. And results were positive."

Talking about how is he keeping himself motivated while being away from the game due to the COVID-19 pandemic, Bhuvneshwar said it hasn't been easy.

"I was very motivated for the first 15 days of the lockdown. No one knew how long it would last and I didn't have any equipment to exercise at home either. We thought things would get better in a couple of months," he said.

"But after 15 days, I started finding it difficult to motivate myself. I then ordered equipment at home and things have improved since...I am working on coming out of this lockdown as a better version of myself.

"On-field performance is different, but I can work on my fitness, or my athletic ability, or gaining more strength," he added.

Sunrisers Hyderabad
Get the latest updates on SA vs IND 2021-22, check out the Schedule and Live Score . Like us on Facebook or follow us on Twitter for more sports updates. You can also download the NDTV Cricket app for Android or iOS.