Yuzvendra Chahal caught up with Kuldeep Yadav and Mayank Agarwal in a show 'Open nets with Mayank' on BCCI.tv. 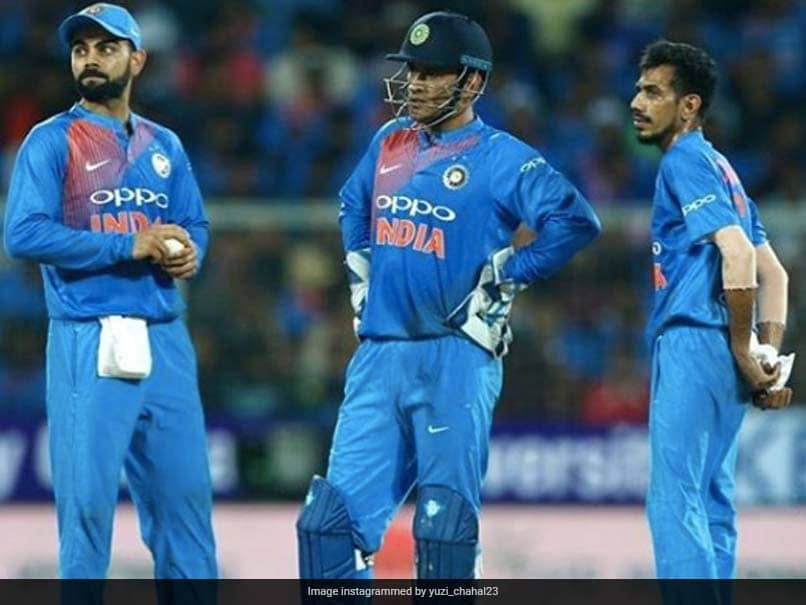 Yuzvendra Chahal recalled how MS Dhoni helped him get the better of Glenn Maxwell.© Instagram

Yuzvendra Chahal, India leg-spinner, caught up with his teammates Kuldeep Yadav and Mayank Agarwal in a show on BCCI.tv. During the chat both the spinners revisited some of their best performances in international cricket. While Mayank Agarwal reminded Kuldeep Yadav of his hat-trick against the West Indies, Chahal recalled an incident involving MS Dhoni that helped him get the better of explosive Australian batsman Glenn Maxwell. Mayank asked Chahal about his rivalry with Glenn Maxwell from a series when Australia toured India for a five-match One-day International and three-match Twenty20 International series in 2017.

Recalling the series, Chahal revealed that he had planned with Dhoni to bowl wide of off stump to Glenn Maxwell because he likes to hit down the ground.

"Me and Mahi bhai had planned to bowl him wide of off stump. I thought he will come down the track and that is why I threw the ball much wider and got the wicket," Chahal explained Maxwell's dismissal from the third ODI of that series.

The leg-spinner further added that in that series, Maxwell had opted for an attacking approach against him and as soon as he came into the attack, the Australia batsman used to start hitting big shots from the word go.

"He was impatient in that series and used to attack me as soon as I came into bowl. I had a chat with Mahi bhai on how to tackle this. He replied we'll mix it up and won't show him the wide delivery. So that when I bowl the ball outside off stump, it should be a wicket-taking delivery," Chahal recalled MS Dhoni's words.

Chahal removed Maxwell thrice in the 50-over format and once in the second T20I on that tour.

In that series, India won the ODIs 4-1 while the T20I series ended at 1-1 after the final game was washed out without a ball being bowled.

Kuldeep Yadav Mayank Agarwal Cricket
Get the latest updates on India vs England Series, India vs England , live score and IPL 2021 Auction . Like us on Facebook or follow us on Twitter for more sports updates. You can also download the NDTV Cricket app for Android or iOS.