"Don't Need To Prove Anything To Anyone": Kuldeep Yadav On Playing Without MS Dhoni

MS Dhoni's absence from the team and Kuldeep Yadav's dip in form both have coincided with each other, but the wrist-spinner insists that he was not dependent on him for his success. 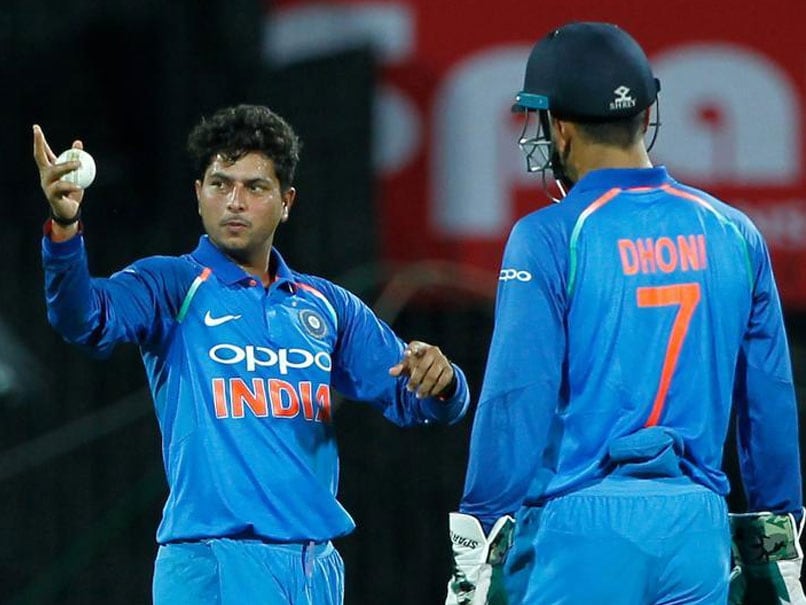 Kuldeep Yadav benefited a lot from MS Dhoni's valuable guidance from behind the stumps.© BCCI

MS Dhoni, former India skipper, has been out of action since India's semifinal exit from the 2019 World Cup in July last year. While the Indian team hasn't missed him much in the batting department, his valuable inputs from behind the stumps are something which most bowlers, especially spinners like Kuldeep Yadav, would have missed as they benefited a lot from his wisdom. MS Dhoni's absence from the team and Kuldeep Yadav's dip in form both have coincided with each other, but the wrist-spinner insists that he was not dependent on him for his success.

Left-arm wrist-spinners are a rare commodity in the international cricket and Kuldeep was hailed as India's X-factor in the white-ball cricket. However, since the 50-over World Cup last year things have not turned out for Kuldeep the way he would have liked, with his place in the starting XI always under doubt.

"Just because Mahi bhai hasn't played after the World Cup, I don't need to prove anything to anyone. I don't need to say if I was dependent on him. I can just work towards bettering my craft and as I said, it's teamwork," Kuldeep said in an interview with The Times of India.

The 25-year-old spinner acknowledged that Dhoni's presence behind the stumps has always helped him as he used to share his insights about batsman's style of play. He also stressed that cricket is a team sport where every player's contribution is equally valuable to the team.

"Of course. Mahi bhai has always guided me, because the wicketkeeper is always the best judge of the bowler. Someone like Mahi bhai is experienced and has an idea about how a batsman plays. All of this is teamwork," said Kuldeep, only Indian bowler with two ODI hat-tricks to his name.

Kuldeep made his international debut in 2017 in a Test match against Australia in Dharamsala and put up an impressive performance, picking up four wickets in the game. Since then he has gone on to play six Tests, 60 ODIs and 21 T20Is, picking up 24, 104 and 39 wickets respectively.

MS Dhoni World Cup 2019 Cricket
Get the latest updates on IPL Auction 2023 and check out  IPL 2023 and Live Cricket Score. Like us on Facebook or follow us on Twitter for more sports updates. You can also download the NDTV Cricket app for Android or iOS.