Cheteshwar Pujara came up with a hilarious reply after Bhuvneshwar Kumar sledged him in his throwback post on Instagram. 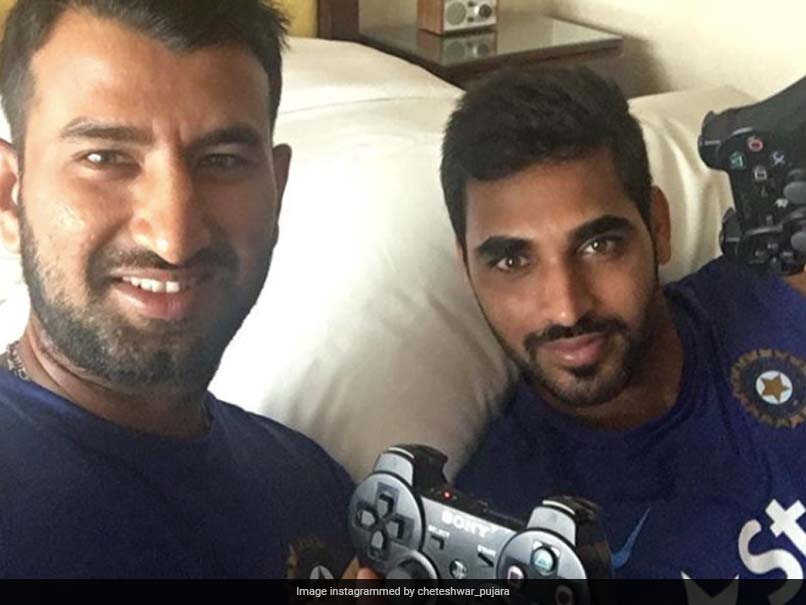 Bhuvneshwar Kumar took to Instagram to share a throwback picture with other Indian fast-bowlers; Mohammed Shami, Jasprit Bumrahand Umesh Yadav. In the picture, the "pace attack" can be seen discussing something during a practice session. While sharing the picture, Bhuvneshwar revealed that the discussion between the four fast bowlers was about unleashing an all-out bouncers attack on India's Test batting mainstay Cheteshwar Pujara. "#Throwback to the day we were plotting an all out bouncers attack on @cheteshwar_pujara. #fondmemories #missplaying #missbowling #paceattack," Bhuvneshwar captioned the image on Instagram.

In reply, Pujara came up with a reply that left fans in splits as he called the 30-year-old pacer a "mastermind".

"@imbhuvi How exhausting it must have been to watch me leave and blunt the attack?! #MastermindBhuvi #GoodTimes," Pujara commented. 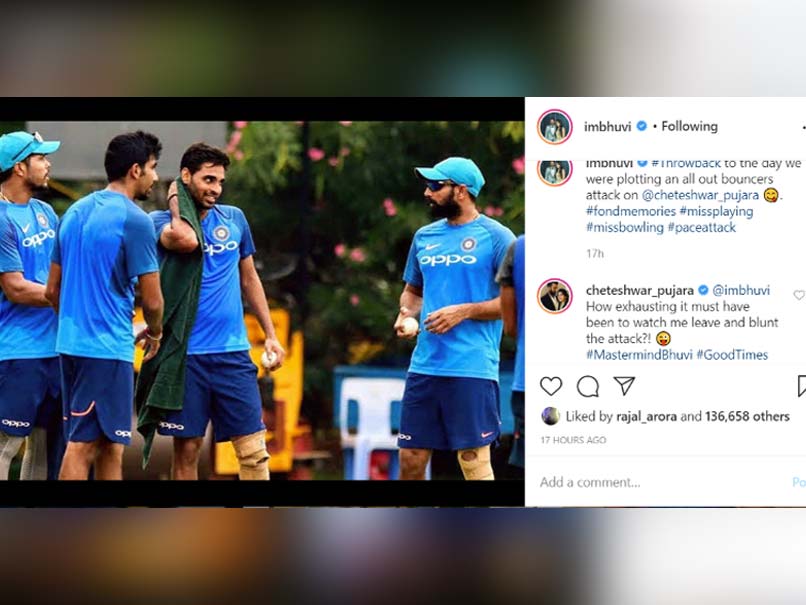 "That's so typical," a fan said with laughing emoji.

"@cheteshwar_pujara savage," another one joined in.

"Can't knock him down with words either," a user said.

On Tuesday, Pujara returned to trainingthree months after taking the field for Saurashtra and helping them clinch the Ranji Trophy title.

Pujara credited his mental toughness that kept the India batsman going during the forced break from the game due to the coronavirus pandemic.

"If you are mentally tough, you can take a long break comfortably. Test matches don't happen frequently so one has to play domestic cricket. It was not such a big thing for me and to come back from it, I will be fresh and more eager to play. The mental challenge is not an issue for me," Pujara had said.

Bhuvneshwar Kumar Cricket
Get the latest updates on IPL 2021, check out the IPL 2021 Schedule and Indian Premier League Live Score . Like us on Facebook or follow us on Twitter for more sports updates. You can also download the NDTV Cricket app for Android or iOS.