Bhuvneshwar Kumar was the centre of attraction as Yuvraj Singh shared a gender-swap photo of the Indian men's cricket team on Instagram. 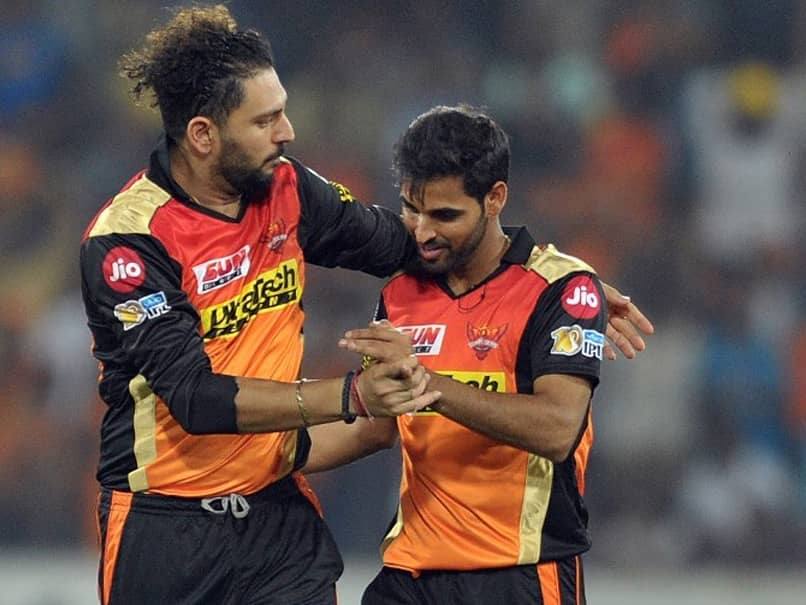 Yuvraj Singh took to Instagram to share a photo of the Indian men' cricket team, but with a twist - all the players were gender-swapped to show how they would look if they were women. "Who will you select as your girlfriend'? I will reply tomorrow," he captioned the picture. While the a lot of the players looked quite pretty in long locks and without the beards that most of the Indian team sport, seamer Bhuvneshwar Kumar emerged as the popular choice among those who responded.

Bhuvneshwar Kumar himself also put in a cheeky comment saying "I choose Bhuvi."

Former England international Kevin Pietersen, who has been involved in some banter with Yuvraj Singh recently, left a flurry of laughing emojis on his post.

Who will you select as your girlfriend'? I will reply tomorrow

Yuzvendra Chahal, one of the most active cricketers on social media, wrote "I think you want yours too yuvi paa."

Among other fans, captain Virat Kohli got a few votes while a few liked KL Rahul's "female version" too.

A few days back, Chahal had also shared a gender-swap picture of Rohit Sharma, with a hilarious caption, as he kept up the banter between them.