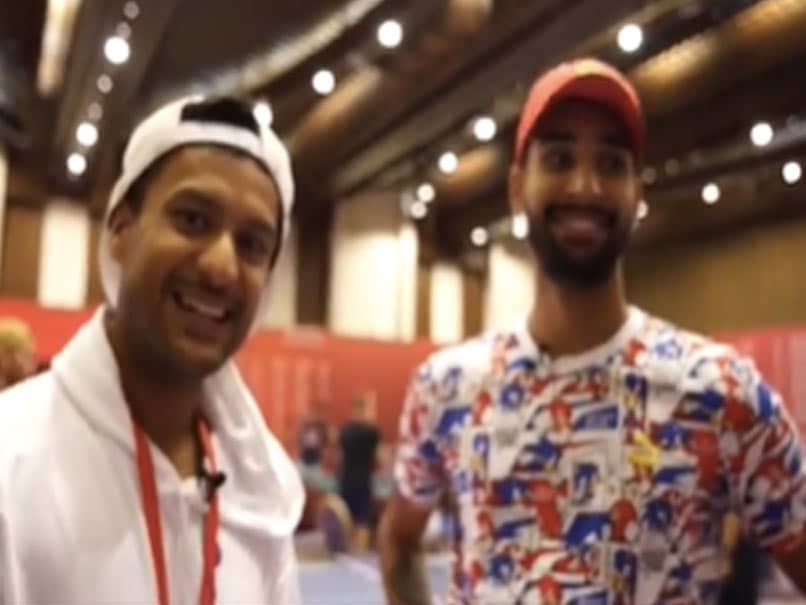 Kings XI Punjab (KXIP) players Harpreet Brar and Mayank Agarwal, renamed as “Mayank Singh Aujla” by Brar, gave a glimpse into the “Lion's Den” – KXIP's team room in the UAE. A sprawling facility within the team hotel, the room has separate areas for team meetings, workouts as well as games and fun activities. The players sweat it out in the “hardworking section” that is flush with gym equipment followed by the “game section” where players cool off after all the hard work. Hardus Viljoen and Chris Gayle are seen as spectators to a video game played by two of their mates.

There are billboards for players who have represented KXIP since Indian Premier League's (IPL) inception in 2008, the captains, the big-hitters, wicket takers, players with most catches, players with the fastest hundreds and best bowling performances, and of course, players in the squad for IPL 2020.

Players are seen milling around, enjoying their time on the snooker and foosball tables as well as playing games of table tennis.

There are shots from team meetings with captain KL Rahul, coach Anil Kumble, Mohammed Shami, Chris Gayle all in attendance.

KXIP made the final of the IPL in 2014 but since then they haven't been able to make the playoffs.

However, they have a new captain and coach this season and have also bought back their star from the 2014 season, Glenn Maxwell.

KXIP will play their first IPL match on September 20 against Delhi Capitals in Dubai.

Chris Gayle IPL 2020 Cricket
Get the latest updates on IPL 2021, IPL Points Table , IPL Schedule 2021 , live score . Like us on Facebook or follow us on Twitter for more sports updates. You can also download the NDTV Cricket app for Android or iOS.