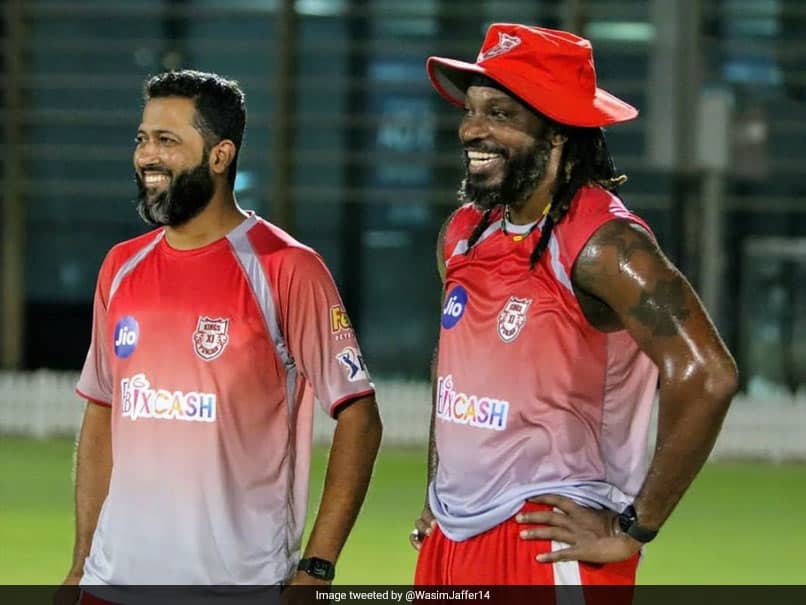 With the Indian Premier League (IPL) set to begin on September 19, the teams seem to have settled down in their bio-secure bubbles in United Arab Emirates (UAE) as suggested by their respective social media handles. Outfits like Chennai Super Kings faced plenty of controversies including COVID-19 cases, but even they look to have gotten past that. Lately, Kings XI Punjab (KXIP) have been uploading videos of Chris Gayle, showing fans his cheerful nature and experience he brings into the team. Even, KXIP batting coach Wasim Jaffer took to Twitter to praise Gayleforce's positive vibes, something which has become an important weapon in the West Indies' great's playing style. Jaffer posted a photo with Gayle on Twitter, and captioned it as, "Never a dull moment with the Universe boss @henrygayle @lionsdenkxip #saddapunjab #ipl2020".

Gayle is known for his happy personality, and is usually cheerful during media interactions.

Gayle will be hoping to put on a good show this year. In 2019, KXIP didn't reach the playoffs, after only winning 12 points after six victories, in 14 games.

IPL 2020 has been shifted to UAE due to the rising COVID-19 cases in India.