Kings XI Punjab pacer Mohammed Shami said that the IPL will help India players get ready for the four-match Test series in Australia later this year. 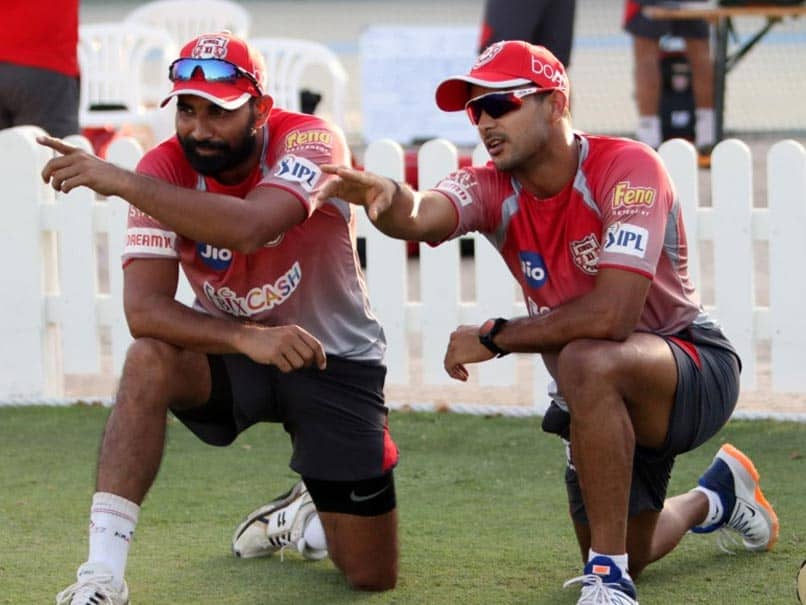 Mohammed Shami and Mayank Agarwal are likely to be part of India squad for the tour of Australia.© Kings XI Punjab

The Indian Premier League (IPL) is the right kind of tournament that allows players to get into the groove nicely, an absolute must before they hit the Australian shores for two and half months, feels Indian team's premier speedster Mohammed Shami. The Australia-bound India players will fly directly after the IPL concludes on November 10 for the much-anticipated tour which is likely to begin with a T20 series followed by four Tests and ODIs. "It would be great that the Australia-bound players are playing IPL. It will set the body and momentum perfectly by then," the Kings XI Punjab pace spearhead told PTI in an exclusive interaction.

India under Virat Kohli achieved the historic feat of winning in Australia for the first time in 2018-19 but the hosts did not have Steve Smith and David Warner back then because of their involvement in the ball tampering scandal. The duo's presence would make the series even more exciting and Shami said everyone is focused on the tour as well.

"I feel it's better that we are playing IPL before a big series. Apart from IPL, everyone is also focused on that tour (Down Under). There is a lot of talk about that series. We will have a good contest," Shami said.

With the IPL shifted to the UAE, the tournament will be held across three venues of Abu Dhabi, Dubai and Sharjah, comprising 60 matches spread over 53 days. Shami feels unlike in India where they have to fly all over the country for away matches, the IPL in UAE would be less hectic this time.

"Yes, there're back to back matches, training, travelling that's a bit of headache. But it's a short format, short matches, physically there should not be any workload issue," Shami said.

"This time, there won't be much travelling. You will have to travel just about two hours by bus (when there is a match in Abu Dhabi)," he added.

With R Ashwin joining Delhi Capitals, Kings XI's bowling responsibility will be shouldered by the seasoned Indian pacer and Shami said he's up to the challenge and would look to take the key wickets of their opponents.

"I always try to stand up to the role and give my 100 per cent. I will bowl as per the situation," Shami said.

"Obviously being the strike bowler, it's important to take the key wickets it gives a big relief to the team," he added.

The Kings XI have appointed Anil Kumble as the director of cricket operations as the former India head coach. "I've a great bonding with him. It's very important to have a good bonding with the coach, you can explain things clearly and it's all about having a clear understanding," said Shami.

Asked about spin legend Shane Warne's suggestion of giving a maximum five overs to a bowler in T20s instead of the current four, the veteran pacer didn't endorse the idea. "We are used to the current set of rules. I don't think it will make any difference. The format is always heavily stacked up against the bowlers," he said.

However, Shami said that any team should discount KXIP at its own peril. "You cannot underestimate any team in this format. It's been our bad luck that we have not been able to lift the trophy yet," he said.

"We had a great start last season. T20 format is all about execution. Our stroke of luck can change any moment," the pacer added.

Mohammed Shami IPL 2020 Cricket
Get the latest updates on IPL 2021, IPL Points Table , IPL Schedule 2021 , live score . Like us on Facebook or follow us on Twitter for more sports updates. You can also download the NDTV Cricket app for Android or iOS.