IPL 2020, SRH vs RCB: Moeen Ali's rare mode of dismissal in IPL 2020 Eliminator against SunRisers Hyderabad made him a big talking point on social media. 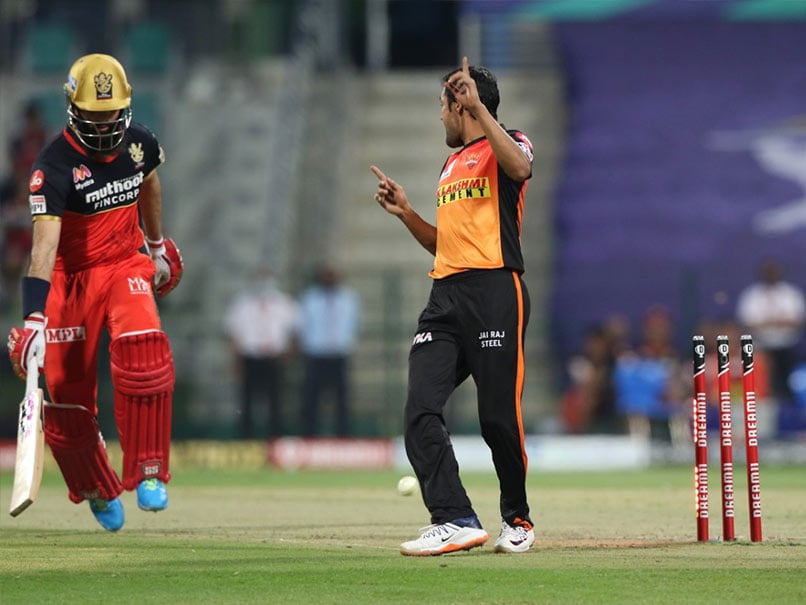 Royal Challengers Bangalore (RCB) all-rounder Moeen Ali started trending on social media after he got out for a golden duck that too on a free-hit against SunRisers Hyderabad in IPL 2020 Eliminator on Friday. Moeen Ali had just walked into the middle after the dismissal of Aaron Finch in the 11th over of the innings. SRH left-arm spinner Shahbaz Nadeem bowled a front-foot ball to AB de Villiers and he took a single to get off the strike. Moeen Ali came in to face the free hit and it was a golden opportunity for him to open his account as all but one mode of dismissals were out of question.

However, what followed thereafter was something that doesn't happen that often on the field. Nadeem bowled a full delivery right into the block hole and Moeen Ali smashed it straight to Rashid Khan, stationed at the extra-cover, and decided to steal a quick single. The SRH leg-spinner, who is lightening quick in the field, aimed a direct hit and smashed the stumps to send the England all-rounder packing, leaving RCB reeling at 62/4 after 11 overs.

While the manner in which Moeen Ali got out was hard to digest for the RCB supporters, people on social media used the opportunity to flood the internet with all sorts of hilarious memes.

Moeen ali got run out on free hit at this crucial stage
Virat Kohli to Moeen Ali- #RCBvSRH pic.twitter.com/N4YigyaJyl

Virat To Moeen Ali after he is run out off a Free Hit#IPL2020 #RCBvSRH #SRH pic.twitter.com/Q5LBuDk4NP

#RCBvSRH
*You can't get out off a Free Hit delivery*

After getting Run Out on a free hit,

Moeen Ali to the bowler and Rashid Khan when he got runout on 1st ball (free hit) #SRHvsDC #RCBvSRH #EeSalaCupNamde pic.twitter.com/nCTHtliCFV

Earlier, SRH skipper David Warnerwon the toss and invited RCB to bat. Virat Kohli came out to open the innings but departed cheaply in the second over, edging leg side straight to the wicket-keeper.

Apart from AB de Villiers(56 off 43 balls) and Aaron Finch (32 off 30 balls) no other RCB batter occupied the crease for long to make an impact in the game and could only manage 131/7 in 20 overs.

Sheikh Zayed Stadium, Abu Dhabi IPL 2020 Cricket Sunrisers Hyderabad vs Royal Challengers Bangalore, Eliminator
Get the latest updates on ICC T20 Worldcup 2022, check out the Schedule and Live Score. Like us on Facebook or follow us on Twitter for more sports updates. You can also download the NDTV Cricket app for Android or iOS.