IPL 2020, Rajasthan Royals vs Kolkata Knight Riders: Sanju Samson will be aiming to continue his fine for RR, when they face KKR at the Dubai International Stadium. 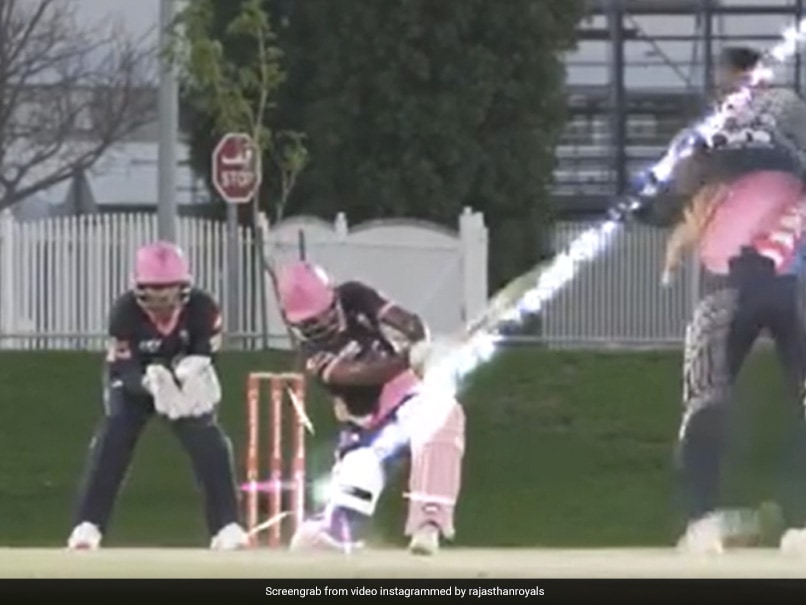 IPL 2020, RR vs KKR: Sanju Samson will be aiming to continue his fine form in UAE© Instagram

Ahead of Rajasthan Royals' (RR) upcoming Indian Premier League (IPL) 2020 fixture vs Kolkata Knight Riders (KKR), the club has shared a video of Sanju Samson gearing up for the crunch clash. The 25-year-old has been on top for the Royals in United Arab Emirates (UAE), playing a crucial role in their winning run in the ongoing campaign. Steve Smith's side have played two matches and have won both the fixtures. They are currently second in the league table, behind Delhi Capitals (DC). The video has been captioned as, "Found this under 'Sanju Special.mp4 #HallaBol #RoyalsFamily @imsanjusamson".

In the video, Samson can be seen showcasing his wide array of boundaries, something which he has been doing this season with much aplomb.

In the ongoing IPL 2020 season, Samson has scored 159 runs in two matches, with a high score of 85-runs. He has also registered a 214.86 strike rate. His boundary count amounts to five fours and 16 sixes.

The video was praised by his fans. One fan commented, "Big fan of sanju smason".

Sanju Samson IPL 2020 Cricket
Get the latest updates on SA vs IND 2021-22, check out the Schedule and Live Score . Like us on Facebook or follow us on Twitter for more sports updates. You can also download the NDTV Cricket app for Android or iOS.