IPL 2020, RR vs KXIP: Rajasthan Royals' Sanju Samson continued to get accolades from Shashi Tharoor after his superb show against Kings XI Punjab, but Gautam Gambhir came up with a retort. 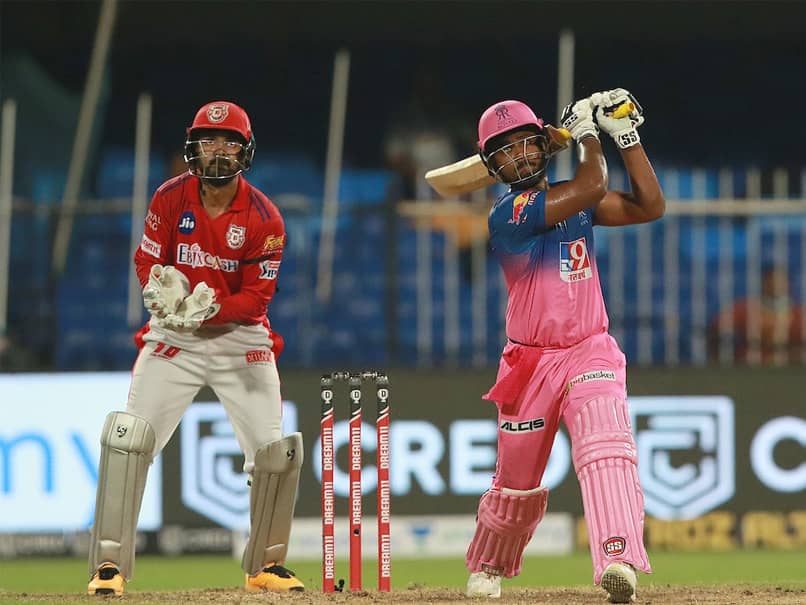 Sanju Samson starred for Rajasthan Royals as they beat Kings XI Punjab in a thrilling IPL 2020 encounter at the Sharjah Cricket Stadium on Sunday night. The stylish wicketkeeper-batsman blasted 85 off just 42 balls, which included four fours and whopping seven sixes, as Rajasthan Royals pulled off the highest run-chase in Indian Premier League (IPL) history. After the match, Congress MP Shashi Tharoor took to Twitter to salute Rajasthan Royals and Sanju Samson, remembering the time when he told a 14-year-old Samson that he would be the next MS Dhoni. In a retort to Tharoor's tweet, former India cricketer and BJP MP Gautam Gambhir wrote that Samson "doesn't need to be next anyone".

What an absolutely incredible win for @rajasthanroyals ! I've known @iamSanjuSamson for a decade & told him when he was 14 that he would one day be the next MS Dhoni. Well, that day is here. After his two amazing innings in this IPL you know a world class player has arrived.

Sanju Samson doesn't need to be next anyone. He will be 'the' Sanju Samson of Indian Cricket. https://t.co/xUBmQILBXv

S Sreesanth too countered Tharoor, saying "he is not next Dhoni,.he is @IamSanjuSamson the one and only (sic)".

Rajasthan Royals have won both the matches they have played so far in IPL 2020, with Samson playing a central role in the two victories.

RR have managed to breach the 200-run barrier on both occasions. In the Rajasthan's opening match against Chennai Super Kings, Samson smashed a brilliant 74 off 32 balls (1 four and nine sixes), helping his team post an imposing total of 216 for seven in their 20 overs.

On Sunday, with Rajasthan chasing 224 to win, Samson once again came to the party with yet another superlative knock.

Along with RR captain Steve Smith, Samson added 81 runs for the second wicket after Jos Buttler had departed early.

After Smith was dismissed, the pressure on Samson increased with Rahul Tewatia struggling to get find the boundaries. The Kerala batsman kept taking on the bowlers to keep Rajasthan in the game but fell in the 17th over.

Fortunately for Rajasthan, Tewatia, who at one point had scored 8 off 19 balls, found his range. The all-rounder smacked five sixes in an over to put his team within touching distance.

In the end, Tom Curran hit a boundary to get Rajasthan over the line with three balls to spare.

MS Dhoni IPL 2020 Rajasthan Royals vs Kings XI Punjab, Match 9 Cricket
Get the latest updates on IPL 2021, IPL Points Table , IPL Schedule 2021 , live score . Like us on Facebook or follow us on Twitter for more sports updates. You can also download the NDTV Cricket app for Android or iOS.