"Thanks For Missing One Ball": Yuvraj Singh's Comical Reaction To Rahul Tewatia's 5 Sixes In An Over

RR vs KXIP: Yuvraj Singh reacted to Rahul Tewatia hitting five sixes in an over off Sheldon Cottrell that turned the match on its head. 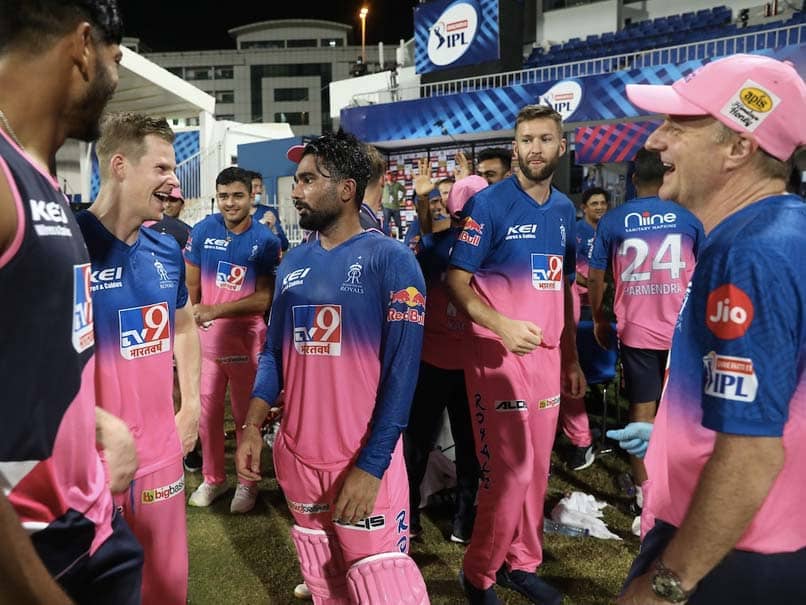 He came, he saw, he conquered. Not quite in the case of Rahul Tewatia. For the Rajasthan Royals hero on the night, it would be more apt to say he came, he struggled but still conquered. Sanju Samson and Steve Smith had laid the foundations for an incredible chase. After RR captain's departure, Tewatia walked into bat but struggled big-time. At one point, Tewatia was on seven after having faced 16 balls. However, Sheldon Cottrell's over changed all that as the RR all-rounder smacked five sixes off it to turn the match on its head.

Yuvraj Singh, who hit six sixes off Stuart Broad's over in the 2007 T20 World Cup, took to Twitter, congratulating RR on a spectacular win. The left-hander also had a hilarious reaction to Tewatia nearly pulling off what he did to Broad.

Mr  @rahultewatia02 na bhai na  thanks for missing one ball! What a game congratulations to rr for a spectacular win!!! #RRvKXIP @mayankcricket great knock @IamSanjuSamson brilliant!" tweeted Yuvraj Singh after the RR vs KXIP thriller.

Mr @rahultewatia02 na bhai na thanks for missing one ball ! What a game congratulations to rr for a spectacular win !!! #RRvKXIP @mayankcricket great knock @IamSanjuSamson brilliant !

Tewatia ended up scoring 53 off 31 balls, with seven hits over the fence as Rajasthan Royals completed the highest run-chase in IPL history.

While Tewatia grabbed the headlines with his stunning turnaround, it was Samson's brilliant 85 off 42 balls that turned the tide in RR's favour.

After Rajasthan lost Jos Buttler (4) early in the chase, Samson and Smith (50 off 27 balls) added 81 runs for the second wicket to put Rajasthan on course.

Then came the Tewatia blitz as RR inched closer to the target.

Jofra Archer hit consecutive sixes in the penultimate over to put RR within touching distance, while Tom Curran finished it off with a boundary on the third ball off the final over to finish things off.

Steven Smith IPL 2020 Rajasthan Royals vs Kings XI Punjab, Match 9 Cricket
Get the latest updates on IPL 2020, check out the IPL Schedule for 2020 and Indian Premier League (IPL) Cricket live score . Like us on Facebook or follow us on Twitter for more sports updates. You can also download the NDTV Cricket app for Android or iOS.