On the day he hit Stuart Broad for six sixes in an over 13 years ago, Yuvraj Singh recalled the historic feat prompting Stuart Broad to post an amusing comment. 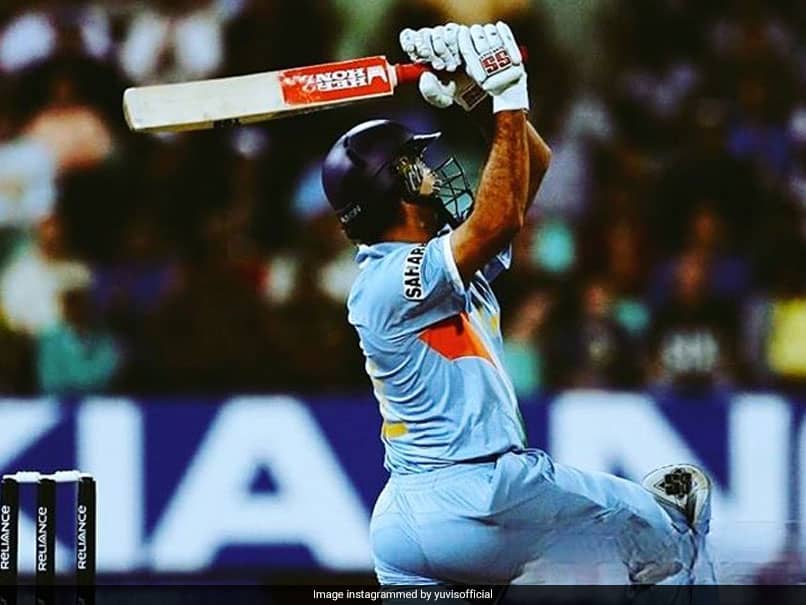 Yuvraj Singh hit 58 off just 16 balls including six sixes off one Stuart Broad over.© Yuvraj Singh/Instagram

Yuvraj Singh hit Stuart Broad for six sixes in an over on September 19, 2007 in a league-stage match of the inaugural T20 World Cup. 13 years have passed to the day and Yuvraj took to social media to remember “how time flies,” posting a still from one of the sixes he hit off Broad in that fateful over. Broad remembered the day, too, as he commented: “Time flies less than the cricket ball that night.” The comment left Yuvraj in splits as he fondly recalled the game as “one night we all will never forget.”

Chris Gayle, another big-hitter in Yuvraj's mold, commented as well and called Yuvraj's feat “legendary” while Gautam Gambhir, Yuvraj's teammate from that match, went filmy in his appreciation. “Ye record mujhe de de Thakur (Give this record to me),” commented Gambhir, using an improvised dialogue from a Hindi feature film.

India and England met in a T20 World Cup match in Durban and half-centuries by Gambhir and Virender Sehwag gave India a strong start.

Yuvraj came in at the fall of the third wicket and smashed a 21-year-old Broad for sixes off every ball of the 19th over.

India finished on 218/4 in 20 overs and although England posted a strong reply, they eventually fell short by 18 runs.

Yuvraj's innings was in a way a payback to England as Dimitri Mascarenhas had hit Yuvraj for five sixes in one over in the One-day International series between the two teams that preceded the T20 World Cup.

Yuvraj went on to play 58 Twenty20 internationals for India and scored 1,177 runs.