IPL 2020, Delhi Capitals vs Kings XI Punjab: Players To Watch Out For

Delhi Capitals vs Kings XI Punjab: Both DC and KXIP are eyeing their maiden IPL title and will look to make an early statement in IPL 2020 season. 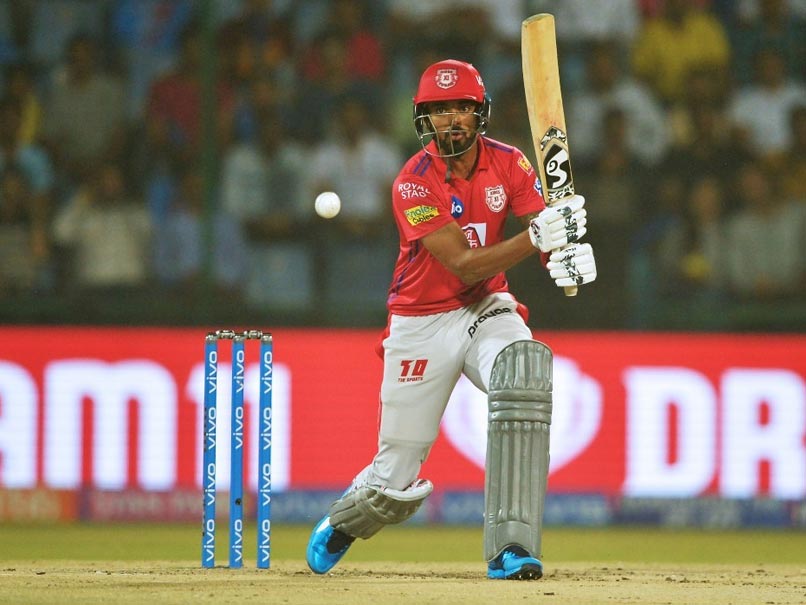 Delhi Capitals and Kings XI Punjab will be seen in action for the first time in IPL 2020 when the two clash on Sunday. The stage is set for two young captains to take the bull by the horns and make a statement early on in the tournament. The Dubai International Cricket Stadium will host its first match of IPL 2020 and it will be interesting to see how the pitch plays. Last year, while Delhi Capitals finished third in the IPL points table, Kings XI Punjab could only manage a sixth-place finish after struggling to win matches towards the end of the tournament.

Shreyas Iyer: The Delhi Capitals skipper impressed with his captaincy last year, helping his team finish third in the table. He scored 463 runs in 16 matches at an average of 30.86 and a strike rate of 119.94. This was the highest runs-tally Shreyas Iyer has had in an IPL season and yet there is potential for more.

The 25-year-old is yet to set the stage alight despite showing numerous glimpses of his class. He would be hoping to make a big impact this season with the bat.

Rishabh Pant: The pocket dynamo has had a few critics on the international stage in recent times, but the IPL has been Rishabh Pant's playground in the previous two seasons. After amassing nearly 700 runs in IPL 2018, last year the wicketkeeper batsman impressed again, scoring 488 runs at an average of 37.53 and a strike rate of 162.66.

Pant is the game-changer for the Capitals and he will once again need to be at his best, if Delhi are to have any chance of lifting the IPL trophy.

Kagiso Rabada: Delhi Capitals will need South Africa's star pacer to be completely fit for this season. He has struggled with injuries in recent times but going by some of the training pics, he looks primed for action. Kagiso Rabada was nothing short of brilliant last season, taking 25 wickets in 12 matches at a strike rate of 14.72.

He also managed to take four wickets in an inning twice last year and Delhi will once again look to him to get the job done with the ball in hand.

KL Rahul: India's T20I star will lead an IPL franchise for the first time in his career and Punjab have pinned their hopes on the stylish right-hander to take them to their maiden IPL title. Rahul has been a standout over the years in a Punjab team that has continued to struggle. Last year, they started well but tapered off as the tournament progressed.

The 28-year-old scored a whopping 593 runs in 14 matches at an average of 53.90 with one century and six half-centuries to his name. If he can repeat that performance and get some support from some of his teammates, then Kings XI Punjab can be real title contenders this season.

Nicholas Pooran: On his day, the West Indian can tear any bowling attack to shreds but lacks the consistency to be considered a top-level player. But with age still on his side, there is room for improvement but the destruction he can cause was in plain sight at the recently-concluded Caribbean Premier League (CPL).

Pooran smashed a 45-ball century, scoring a total of 245 runs in 11 matches. Punjab will need Pooran to come good this year and if he can get some consistency to his game then the bowlers in the IPL better watch out.

Mujeeb Ur Rahman: The Afghanistan youngster has been there done that in IPL as well as leagues around the world. But will have added pressure on him to perform with Ravichandran Ashwin's departure from the team. At 19, Mujeeb has shown that he has what it takes to perform at the highest level and he is coming at the back of some fine performances in CPL 2020.

Playing for Jamaica Tallawahs, Mujeeb was the second highest wicket-taker in CPL 2020 with 16 scalps to his name in 11 matches. And with pitches in the UAE known to assist spin, the Afghan could prove to be a handful this season.

Nicholas Pooran Delhi Capitals vs Kings XI Punjab, Match 2 IPL 2020 Cricket
Get the latest updates on T20 World Cup, check out the T20 World Cup Schedule and Live Score . Like us on Facebook or follow us on Twitter for more sports updates. You can also download the NDTV Cricket app for Android or iOS.