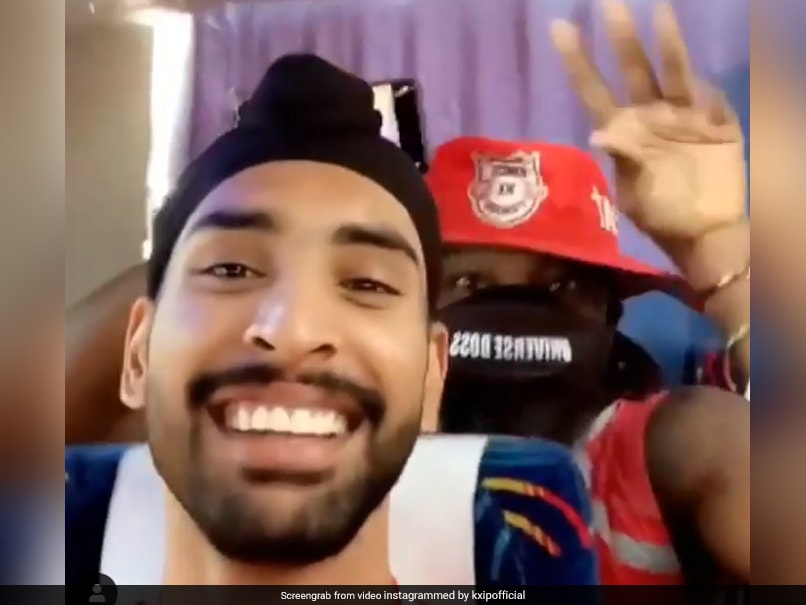 Kings XI Punjab (KXIP) are set to begin their Indian Premier League (IPL) 2020 campaign against Delhi Capitals on Sunday and Chris Gayle looks to be in a good mood ahead of the fixture. KXIP posted a video on their Instagram handle that showed the West Indies cricketer grooving to a Bhojpuri song along with bowler Harpreet Brar. The video appears to be shot in the team bus and shows the relaxed and jovial side of Gayle even before a crucial match. Youngster Brar also looks like he is in a cheerful mood with music in the background.

IPL 2020 has been shifted to United Arab Emirates (UAE) due to the rising number of COVID-19 cases in India.

The other venues hosting the IPL in UAE are Sharjah Cricket Stadium and Sheikh Zayed Stadium, Abu Dhabi.

The season kicked off with a Chennai Super Kings (CSK) victory, who defeated Mumbai Indians (MI) by five wickets on Saturday. Batsman Ambati Rayudu was in top form as he slammed 71-runs for CSK. Meanwhile, Lungi Ngidi registered three dismissals.