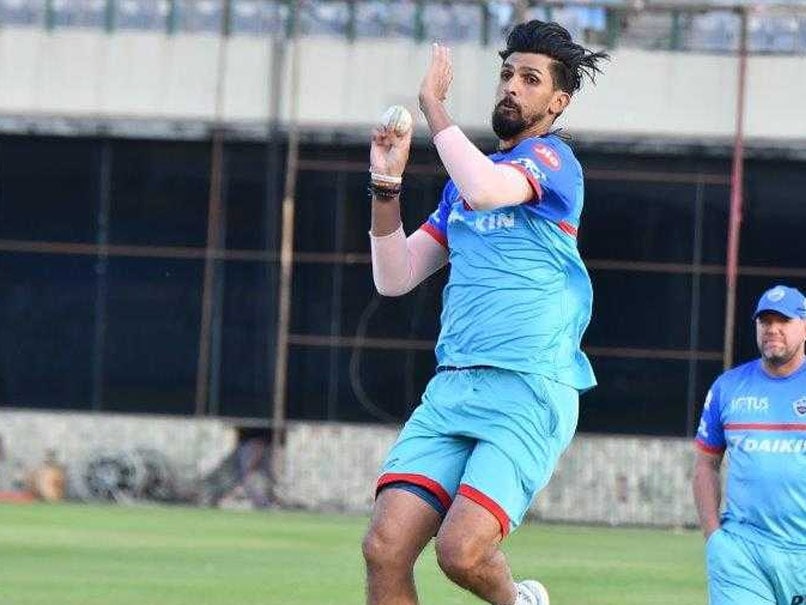 Delhi Capitals have been dealt a blow ahead of their match against Kings XI Punjab as pace spearhead Ishant Sharma injured himself during training on Saturday and will have to be assessed before the start of their opening game on Sunday to see if he is fit to play. Speaking to ANI, a DC support staff member confirmed that while Ishant injured himself at training on Saturday, a final call will be taken before the game. "He did injure himself while training yesterday, but we will see how it goes. We will assess his injury status before the game and will take a call accordingly. We have the medical team which takes a final call on these matters," he said.

Ishant has been dealing with injuries off late as he was sidelined due to an ankle injury this year in January.

The 32-year-old Ishant made a return in February for the Test series against New Zealand, but he ended up injuring the same ankle again.

Ishant was picked up by Delhi Capitals for the 2019 edition of the tournament and after that he was retained for the ongoing season.

Delhi Capitals have bolstered their line-up this year with the addition of Rahane, Ravichandran Ashwin, Marcus Stoinis, and Shimron Hetmyer.

The side is yet to win the IPL trophy but this year the Shreyas Iyer-led franchise would be looking to go all the way.

Delhi have the likes of Kagiso Rabada, Ishant Sharma, Anrich Nortje, Mohit Sharma in the fast bowling department and the side would be looking to rattle the opposition with pace.

The IPL 2020 began on September 19 with Chennai Super Kings and Mumbai Indians locking horns against each other. MS Dhoni-led Chennai managed to win the opening encounter by five wickets.

Ishant Sharma IPL 2020 Delhi Capitals vs Kings XI Punjab, Match 2
Get the latest updates on IPL 2021, check out the IPL 2021 Schedule and Indian Premier League Live Score . Like us on Facebook or follow us on Twitter for more sports updates. You can also download the NDTV Cricket app for Android or iOS.